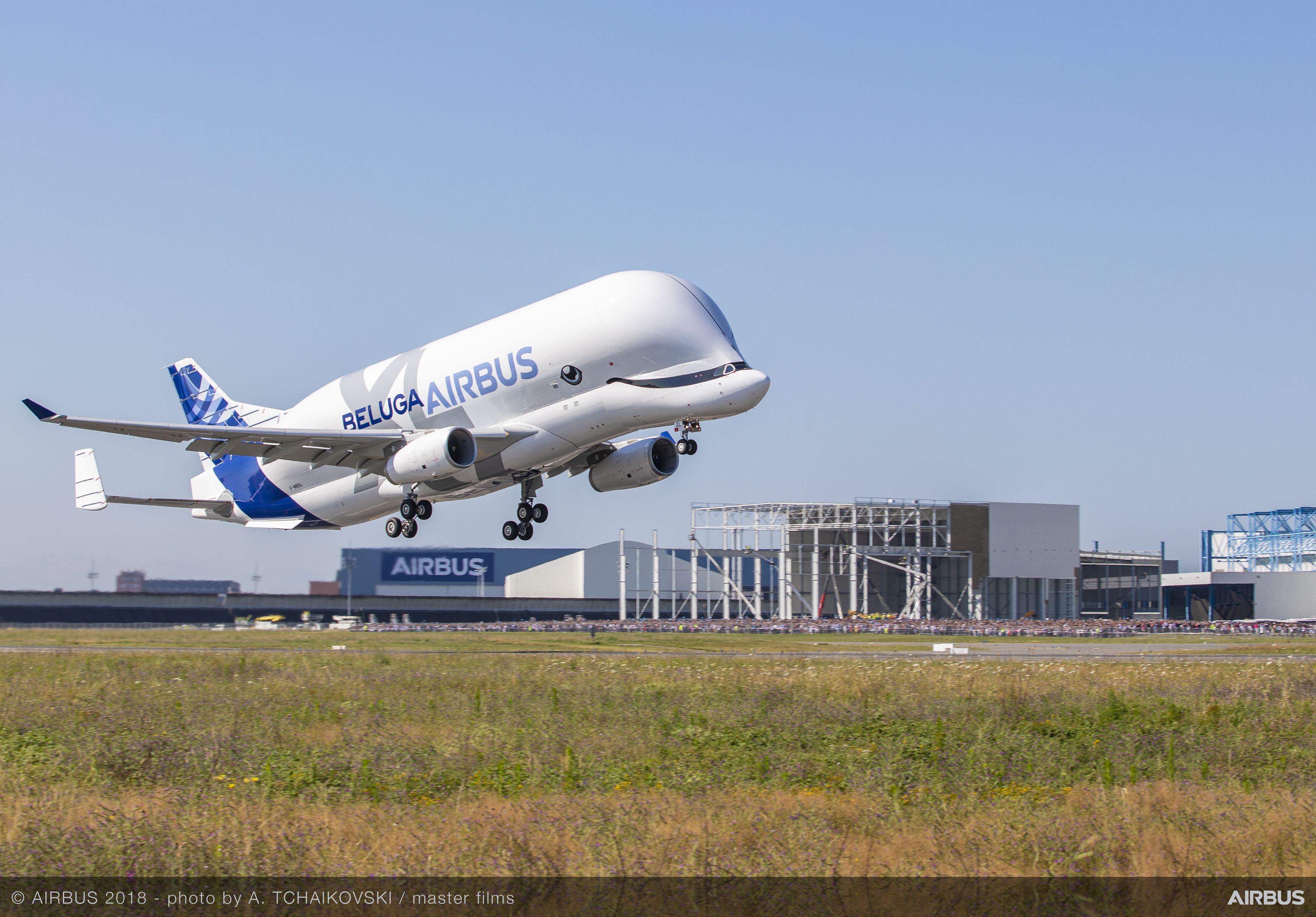 Airbus has celebrated the maiden flight of its first BelugaXL freighter, which took off this morning from Blagnac in Toulouse, France, for a test flight over south-western France.
A fleet of five BelugaXLs will be used to transport completed sections of Airbus aircraft among the company’s European production sites and to its final assembly lines in France, Germany and Spain. It will not be available for commercial charters.
The first BelugaXL will enter into service later in 2019, to gradually replace the current BelugaST transporters.
The aircraft sported a special livery making it look like a whale. The livery was one of six choices submitted to Airbus employees through a poll in which 20,000 people participated. With 40% votes in favour, the smiley livery won.
The crew in the cockpit on board this flight comprised: Captain Christophe Cail, Co-Pilot Bernardo Saez-Benito Hernandez and Test-Flight Engineer Jean Michel Pin. Meanwhile, monitoring the aircraft systems and performance in real-time at the flight-test-engineer’s (FTE) station were Laurent Lapierre and Philippe Foucault.
The BelugaXL was launched in November 2014 to address the transport and ramp-up capacity requirements for Airbus beyond 2019. The new oversize air transporters are based on the A330-200 Freighter, with a large re-use of existing components and equipment.