Profits on the up at Cargojet 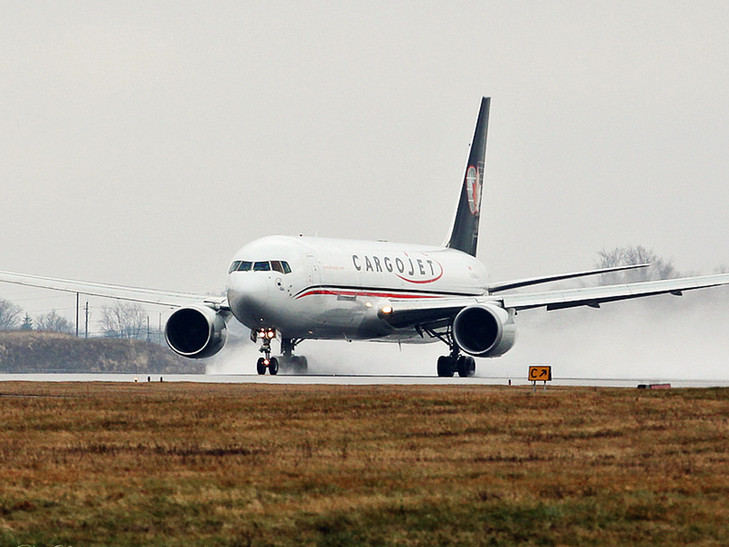 Cargojet continued to report improving financial figures in the third quarter of the year thanks to the start of flights between the US and Canada in April.
The aircraft lessor and operator saw revenues for the period increase by 10.8% year on year to C$89.4m, earnings before interest, tax, depreciation and amortisation were up 121.7% to C$26.6m and net earnings improved to a profit of C$5.6m from a loss of C$4.8m last year.
The company said its financial performance was boosted by the start-up of ACMI flights between Canada and the US under a three year contract in April, although the customer is not named.
Under the deal, worth around C$11m per year in revenues, Cargojet operates six flights per week utilising B767-300 aircraft.
In contrast, the lessor’s ACMI deal with Air Canada including two flights per week to South America and one flight per week to Europe is due to expire at the end of the year. This coincides with the expiration of Air Canada’s agreement with its pilots with regards Cargojet flying.
The deal is worth around C$9m per year in gross revenues.
Cargojet said it expects to replace these flights and revenues by operating the flights directly for its interline partners on similar routes as demand on these services remains strong.
Its overnight business also registered improved revenues as consumer demand was up and prices increased.
There was also an increase for its charter business, primarily as a result of increased activity to the Caribbean in response to the recent hurricanes in the region.
"We are very pleased with the financial and operating results produced during the quarter," said Ajay Virmani, president and chief executive.
"The significant increase in revenues and gross margin over the previous year was the result of the successful execution of our strategy to improve the utilisation of our aircraft assets and to maximize margins.
“We continue to prudently manage our operating costs and look for further route network optimization opportunities.”
Last month, Canada Post announced it would extend its contract with Cargojet.