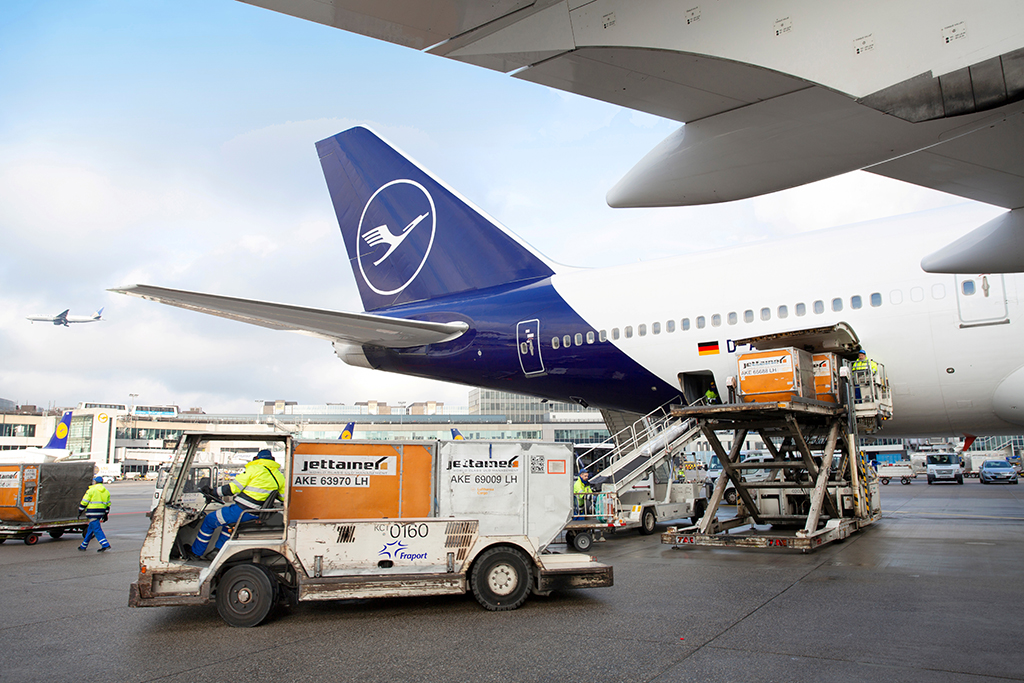 Lufthansa’s logistics segment, which includes Lufthansa Cargo and other businesses such as time:matters and Jettainer, saw first-quarter revenues decline by 4% year on year to €616m while earnings before interest and tax (ebit) were down 74% on a year ago to €19m.

The revenue and ebit decline is accounted for by a 2% decrease in traffic to 2.1bn revenue tonne kms, lower load factors and rate declines, particularly on the route between the Asia and the Americas.

Ebit was also affected by a 6% growth in operating expenses as a result of an increase in the cost of materials and services (partly as a result of taking on the belly capacity of Brussels Airlines),  higher depreciation caused by capital expenditure on three new Boeing 777 freighters and new accounting requirements (IFRS 16).

During the quarter, the airline also expanded its partnership with Cathay Pacific on routes between Europe and Hong Kong and two of the new B777Fs were integrated into the Lufthansa Cargo fleet, while the third contributed to Lufthansa-DHL joint venture airline AeroLogic.

Lufthansa Cargo will phase out two of its MD11 freighters by the end of the year.

“Focus remains on improvements to efficiency and cost structures, which are ongoing,” Lufthansa said of its logistics division. 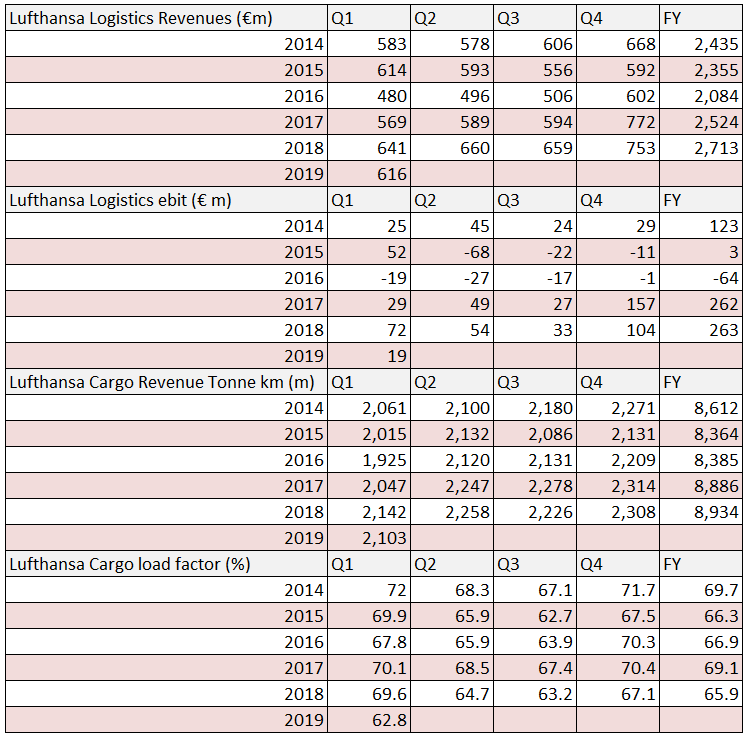