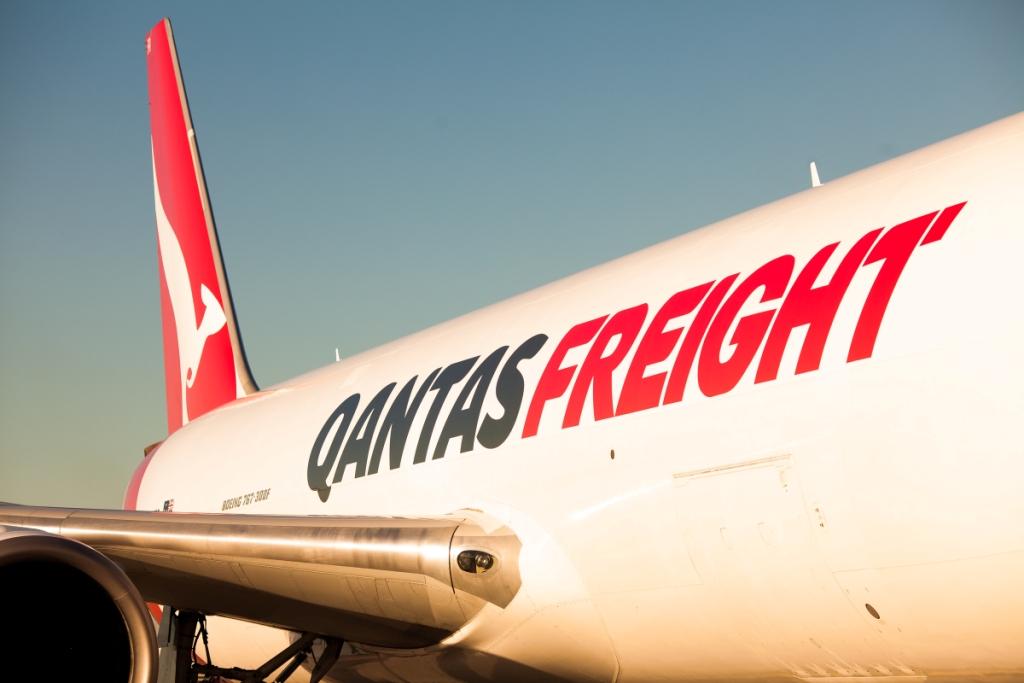 Qantas Freight has announced that from late July it will upgrade its freighter fleet with the lease of two Boeing 747-8F aircraft to replace existing B747-400Fs.

The airline said the -8Fs, which will be operated by Atlas Air, will offer greater capacity and improved efficiency for its global freight customers. They will fly with an Atlas Air livery.

“Widely regarded as one of the most efficient freighter aircraft in service, the 747-8F features a longer fuselage than the Boeing 747-400F, offering up to 20% more freight capacity with space for seven extra pallets,” the airline said.

The aircraft will carry cargo on Qantas Freight’s existing network between 10 key cargo hubs in Australia, China and the US.

“We are seeing strong growth in demand driven by e-commerce, fresh produce, electronics and mining equipment across our international freight network,” said David.

“The newer, more efficient Boeing 747-8F will allow us to provide a better service for our customers with additional freight capacity and even greater reliability for time-sensitive shipments.”

Qantas Freight has operated freighter services between Australia, China and the US for the past 15 years.

“Our investment in wet-leasing these aircraft gives us a more competitive offering in the Australia-China-US freight markets and more operational efficiency,” added David.

According to its latest investor presentation, Qantas Freight offers capacity on a dedicated fleet of 12 freighter aircraft as well as managing the freight capacity on Qantas and Jetstar passenger services across domestic and international routes. Internationally, Qantas Freight offers cargo space on over 1,700 weekly flights to over 20 countries.

In a statement, Atlas Air said: “The [Qantas] 747-400Fs are expected to enter into ACMI service for other Atlas Air customers. The 747-8Fs to be operated for Qantas will be allocated to it following the expiration of an existing ACMI agreement with another Atlas customer.”