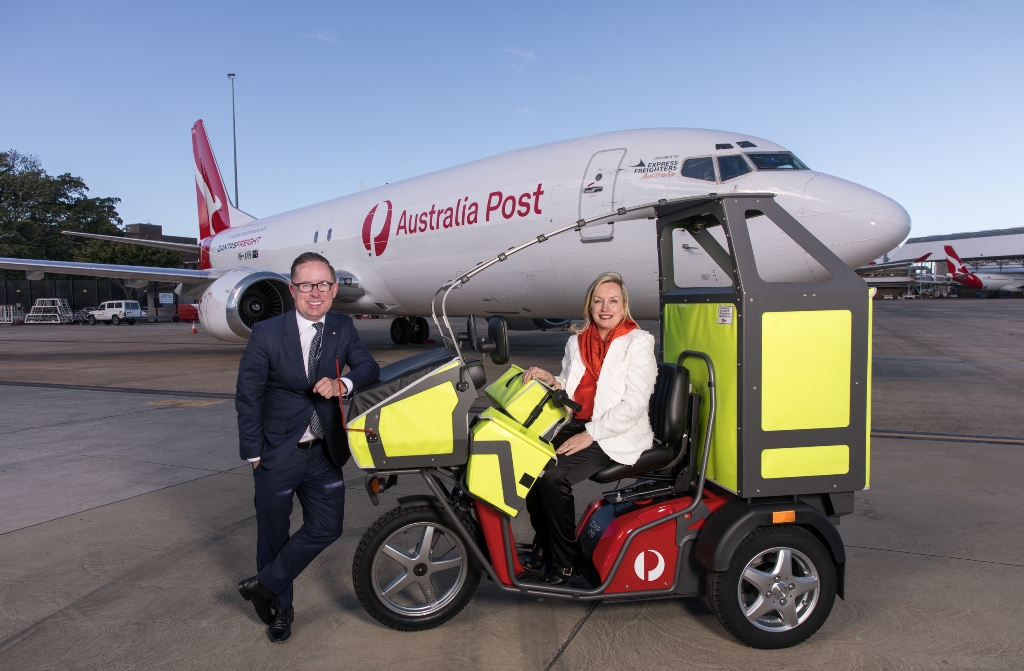 Australia Post and Qantas Freight have announced an expanded domestic and international airfreight agreement to support the growing demand for e-commerce parcels.

Qantas said the seven-year agreement is valued at over A$1bn will give Australia Post customers access to Qantas Freight’s dedicated freighter aircraft and priority access to the cargo space on up to 1,500 Qantas and Jetstar passenger flights to over 110 destinations each day, in addition to space on partner airlines globally.

It will also see the introduction of up to three Airbus A321P2Fs (passenger to freighter converted aircraft) to the freighter network used for Australia Post.

Qantas will be the first airline in the world to operate the A321 as a freighter aircraft. The prototype conversion of the A321P2F will be completed by end of this year, while the STC is expected to be obtained in early 2020.

Each A321P2F will add nearly 50% more capacity – or an additional nine tonnes – compared to the existing Boeing 737 freighters, with the first A321P2F due to enter the fleet in October 2020.

“Australia Post plays a critical role connecting Australian businesses and communities to each other and the rest of the world, and with the continued growth in online shopping, we can now take it to new heights,” Holgate said.

“This agreement will further boost our unrivalled, dedicated air freighter network with newer aircraft and more capacity right up until the opening of the new Western Sydney airport in 2026.

“The enhanced air freighter network complements $900m in investment across our network through automation and infrastructure, and provides the speed, flexibility and reliability that customers expect.

“It means that we can build flexibility into the air freight network to manage increased volumes and demand in the lead-up to Christmas. Last year we flew more than 400 tonnes of mail on our busiest night, and more than 40 million parcels during December; this year, we expect to exceed both those targets.”

Qantas Group chief executive Alan Joyce said the seven-year agreement was a vote of confidence in the future growth in e-commerce and will support the rising demand for next-day delivery.

“This builds on the longstanding partnership between Australia’s national carrier and the nation’s postal service to deliver for customers,” said Joyce.

“Consumer preferences and expectations are rapidly changing and together with Australia Post we’re responding by growing our dedicated freighter fleet to provide a better experience for consumers and businesses,” added Mr Joyce.

The partnership between Australia Post and Qantas dates back to when the national carrier first started flying airmail for the postal service in 1922.

Marking nearly a century of partnership between the two brands, it will benefit online shoppers and businesses across Australia by increasing capacity and providing greater network flexibility to meet customer expectations.