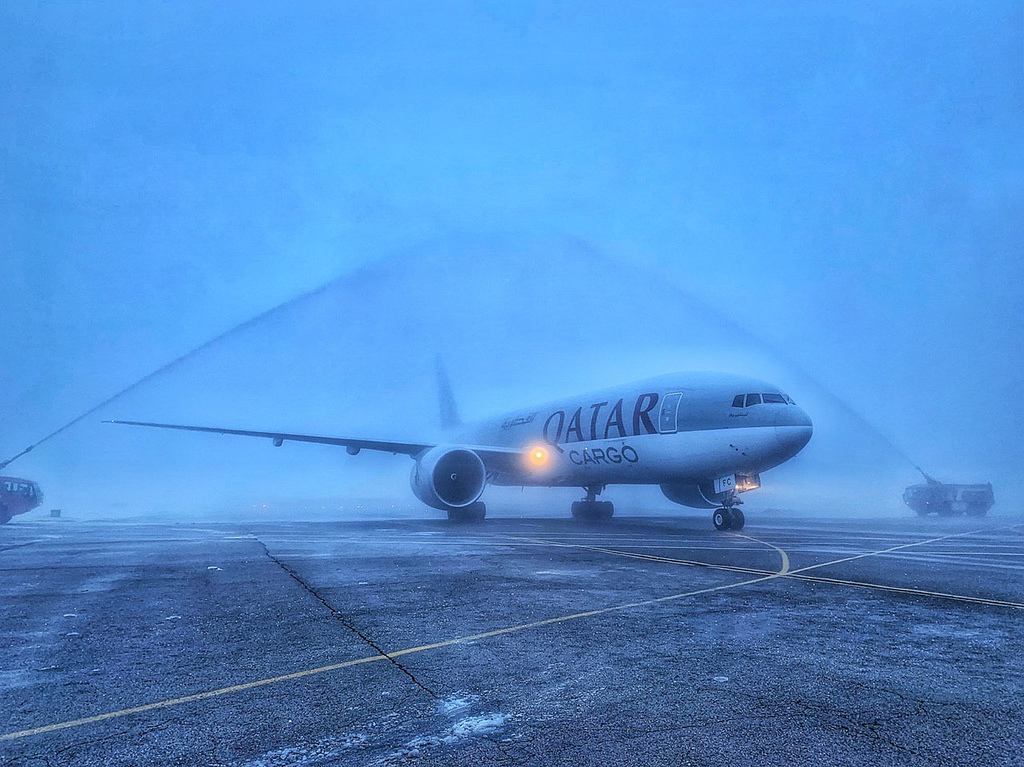 Qatar Airways Cargo has started a new freighter service to Almaty in Kazakhstan, its second new destination in 2019.
The twice-weekly Boeing 777 freighters depart Doha on Thursdays and Sundays, arriving in Almaty on the same day. On the return, the freighters arrive into Doha via Hong Kong.
Qatar Airways chief officer cargo Guillaume Halleux said: “2018 was a great year for us and we are excited to launch our second freighter destination in 2019, just 10 days after the launch of freighter services to Guadalajara, Mexico.
"The new addition further strengthens our global freighter network while expanding our footprint in Europe, which is a key market for airfreight."
Almaty is a key financial centre and the largest metropolis in Kazakhstan. Major imports into Almaty include general cargo, fashion and high-tech products.
With the latest addition of Almaty, the cargo carrier’s freighter network in Europe has increased to 16 destinations.
The cargo carrier’s combined [belly and all-cargo] weekly cargo capacity to and from Europe is more than 15,000 tonnes each way.
Qatar Airways Cargo volumes increased by 10% in 2018 over 2017.
The carrier received two brand new B777Fs in 2018 as part of its expansion strategy – it has the ambition of becoming the world’s largest air cargo carrier over the coming years.
It has a further five B777Fs on order.
Qatar Airways Cargo also recently launched freighters to Guadalajara, Mexico on its transpacific route, offering customers in Asia direct connection and capacity to North America.