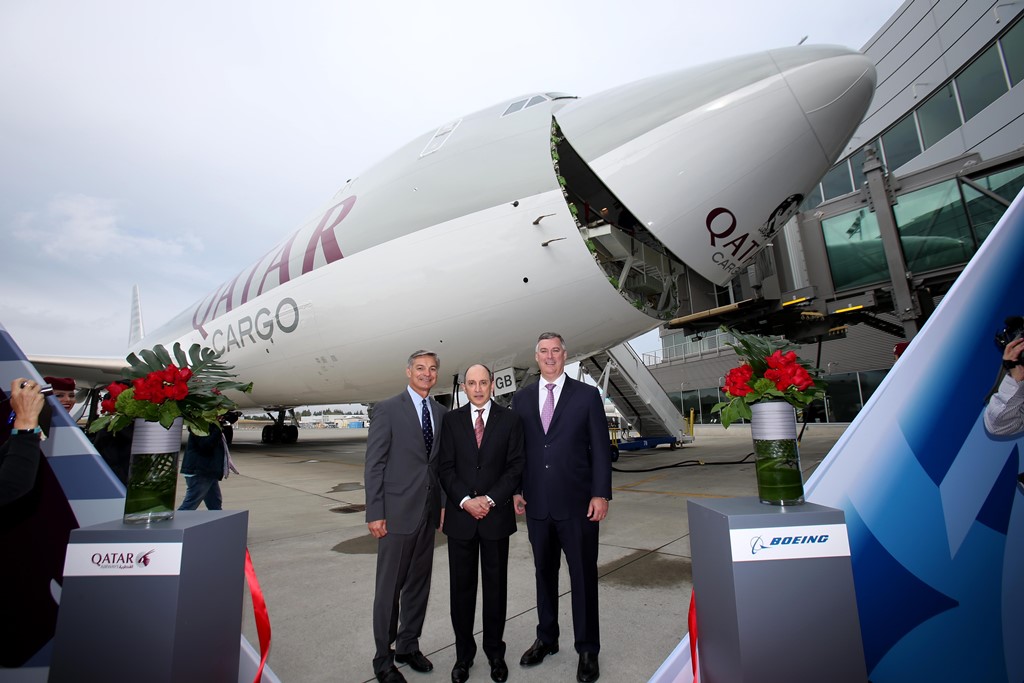 Qatar Airways has confirmed the order of two Boeing 747-8 freighters, as previously reported by Air Cargo News.
The order confirmation came at a ceremony to celebrate the arrival of the first of two aircraft, with the second due to join Qatar’s fleet later this year. It also confirmed an order for four B777-300ERs, bringing the total value of the deal to $2.2bn at list prices.
At the ceremony, Qatar Airways Group chief executive Akbar Al Baker said: "The addition of our very first 747-8 Freighter is a significant moment for our Cargo division, and a welcome addition to our 20-strong cargo fleet of wide-body aircraft.
"As the world’s third-largest cargo operator, Qatar Airways continues to invest in fleet expansion, with a second 747-8F due to be delivered in November.
"This reflects our confidence in Boeing to continue to deliver an outstanding product that meets our exacting standards. We expect no less than perfection, and we are confident that Boeing will continue to deliver that."
Boeing Commercial Airplanes president and chief executive Kevin McAllister added: "We are proud of our strong, enduring and growing partnership with Qatar Airways and we truly appreciate the value its business has brought to Boeing, its employees, suppliers and our communities.
"As one of the world’s largest international cargo carriers, it is heartening that Qatar Airways has selected the 747-8 Freighter to meet the needs of its growing cargo operations and to see the important role the 777-300ER continues to play in its long-haul fleet."
The B747-8 is optimised to provide greater revenue cargo-carrying capability than the 747-400, offering 16% more cargo volume while keeping its unique nose door.
Although the aircraft is the first B747-800 in Qatar’s fleet, it does wet-lease a B747-400 from SW Italia. It also operates 12 B777-Fs and eight A330-200Fs.
The order is also likely to be seen as another positive for the B747, which faced being cut from production until a recent order from UPS.
However, sources said these particular aircraft are unlikely to have been built specifically for Qatar and are therefore unlikely to have the same positive impact on the B747 programme as the UPS order.
Read more freighter operator news