Qatar Airways signs up for five B777 freighters 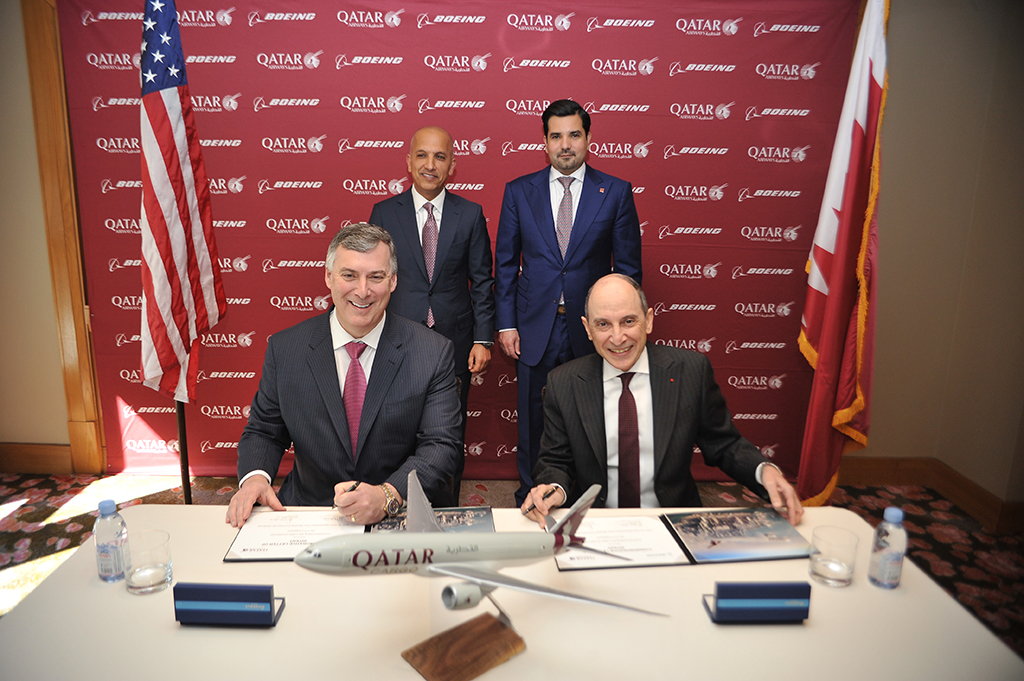 Qatar Airways has signed a letter of intent to purchase five Boeing 777 freighters, valued at $1.7bn at list prices.
The letter of intent was signed during a ceremony attended by Qatari Minister of Finance and Qatar Airways chairman Ali Sharif Al Emadi, Qatar Airways group chief executive Akbar Al Baker and Boeing Commercial Airplanes president and chief executive Kevin McAllister.
“The addition of five B777 Freighters is a significant moment for our cargo division,” said Al Baker, adding: “As the world’s third-largest cargo operator, Qatar Airways continues to invest in fleet expansion.
"This transaction will be a reinforcement of our confidence in Boeing to continue to deliver an outstanding product that meets our exacting standards. We expect no less than perfection, and we are confident that Boeing will continue to deliver that.”
Qatar Airways currently operates a fleet of nearly 100 Boeing widebody airplanes and has about 100 more Boeing airplanes on order.
“We are proud of our long-standing partnership with Qatar Airways and we deeply appreciate their business and the positive impact on Boeing, our employees, suppliers and communities,” said McAllister.
“We are honored that one of the world’s leading international cargo carriers recognizes the unmatched capabilities of the B777 Freighter and wants to buy more to lift their growing freight operations."
The B777 Freighter is capable of flying 4,900 nautical miles (9,070 kilometers) with a payload of 112 tons (102 tonnes).
The plane’s long range translates into significant savings as fewer stops mean lower landing fees, less congestion, lower cargo handling costs and shorter delivery times.