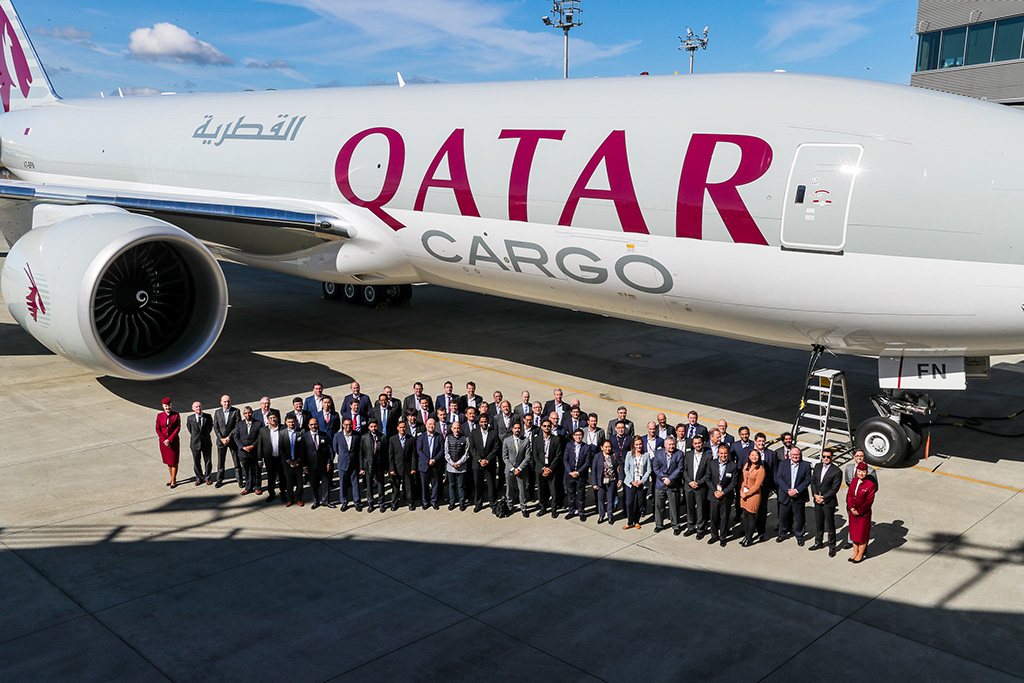 Qatar Airways has taken delivery of two more Boeing 777 freighters, in what the airline has described as a “further sign of the airline’s continued investment in its fleet and commitment to securing its position as the world’s leading cargo carrier”.
In July this year, the Middle East carrier finalised its order for five B777Fs at the 2018 Farnborough International Airshow. The deal, valued at $1.7bn at current list prices, was announced as a commitment in April.
Meanwhile, Akbar Al Baker, Qatar Airways Group chief executive, has taken a tour [below] of the Boeing’s US factory in Everett,  where he was hosted by Boeing Commercial Airplanes president and chief executive Kevin McAllister.
Al Baker saw Boeing’s new 777X, the manufacturer’s latest-generation aircraft, for which Qatar Airways is a global launch customer.
The 777X is, according to Boeing, the largest and most efficient twin-engine jet in the world, incorporating B787 ‘Dreamliner’ technologies and other new technological advances.
Al Baker declared: “Our relationship with Boeing is testament to the fact that Qatar Airways is continuing to grow at a record pace.
“We are tremendously proud of our relationship with Boeing, and our visit is further evidence of our commitment to expanding our fleet to include the most technologically-advanced and efficient aircraft on the market.”
McAllister added: “Boeing is proud of its long-standing relationship with Qatar Airways and the confidence that the airline has consistently shown in our aircraft.” 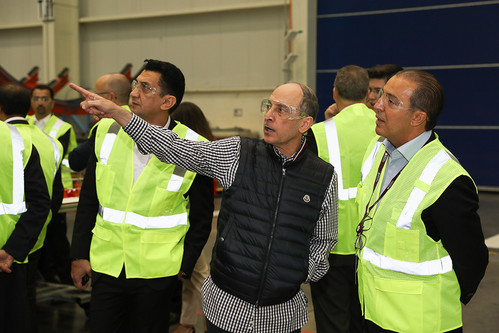