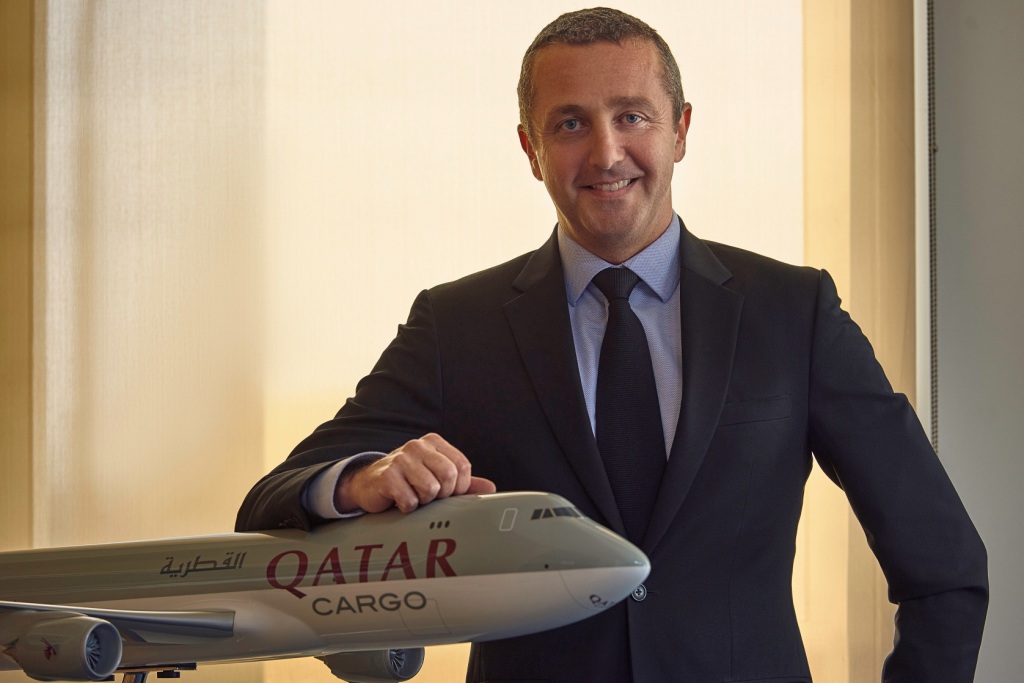 Qatar Airways provided customer insight that helped Boeing and Airbus to fine-tune the cargo specifications of the new B777-8 freighter and its Airbus challenger, the A350F.

As launch airline for the B777-8F production line aircraft, the Middle East cargo giant placed an order and options for up to 50 of the next generation aircraft.

Guillaume Halleux, chief officer cargo of Qatar Airways, said that it was an obvious decision to opt for the new version of the Boeing aircraft rather than the established production line B777 freighter.

“It is quite easy because it covers more distance, the range is longer, the payload is higher and the operating cost is significantly lower, something in the range of 20% per block hour or per kilo. A 20% improvement is massive.”

Halleux said that Airbus’s first production line freighter, the challenger A350, was “definitely on the list” when the future cargo fleet options were being weighed up by Qatar Airways management.

“Qatar Airways has been instrumental in the design of both aircraft because we are the largest operator in the world for cargo. We had a large number of meetings and conversations with both Airbus and Boeing.

“They came to us and asked: ‘What do you want as an aircraft operator? What is it that you want that is missing today?’ We gave them both a long list of suggested improvements and enhancements.”

At the end of this process, Qatar Airways opted for the Boeing freighter: “We felt that the B777-8 was superior to the A350 for our business model, for our needs, for what we do, and for where we are based.

“Cockpit commonality was one factor in play, since Qatar Airways pilots are already familiar with the current B777 freighter and passenger fleet.”

The airline also operates passenger A350s but it was the Boeing freighter that became the final choice.

There will be phased approach for introducing the new freighters which will replace Qatar Airways’ current freighters as they enter service.

Halleux said: “The number one requirement is for bilateral agreements to facilitate future expansion. You need traffic rights to be able to continue to grow and we have done that with the comprehensive bilateral agreement between Europe and Qatar. This gives us room to grow significantly.”

Priority number two is having the right number of freighters, hence the order for the B777-8Fs, which will arrive over the next 20 years. Halleux may have retired by then, but he has “no doubt” that all 50 will be delivered.