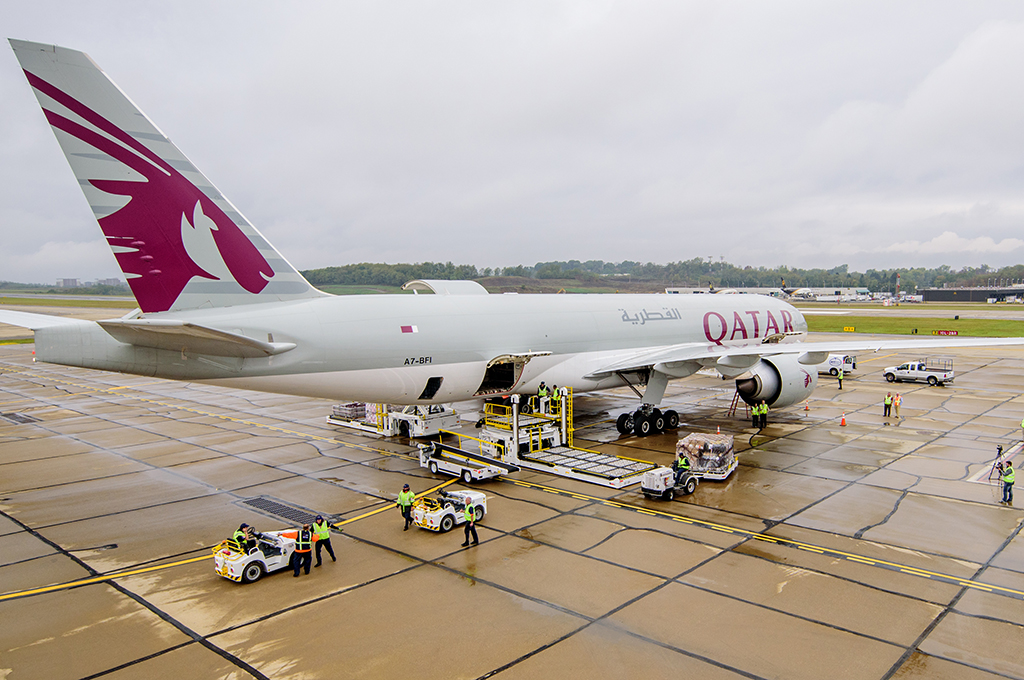 Qatar Cargo has temporarily suspended its freighter flights to Pittsburgh during the quiet season for cargo.

A spokesperson for Allegheny County Airport Authority confirmed the move but said he expected the flights to restart in the future.

Bob Kerlik, vice president of media relations at the authority, said: “Qatar Airways Cargo has been an important partner for the airport and the region since it launched service more than two years ago.

“We have been informed that the flight is on a temporary service suspension during the off-peak season. We look forward to it returning later in the year when worldwide cargo volume increases.”

The service was first launched in October 2017 as a twice-weekly Boeing 777 freighter service, with WFS acting as the ground handler.

In June last year, Sri Lanka-based Logistics firm EFL chartered one of the weekly flights as it targeted global brands looking to export goods in Asia and the Indian Subcontinent to North America.

According to local reports, the airline had, until the end of September, been receiving subsidies for the flights, which were the airport’s first international freighter flights.