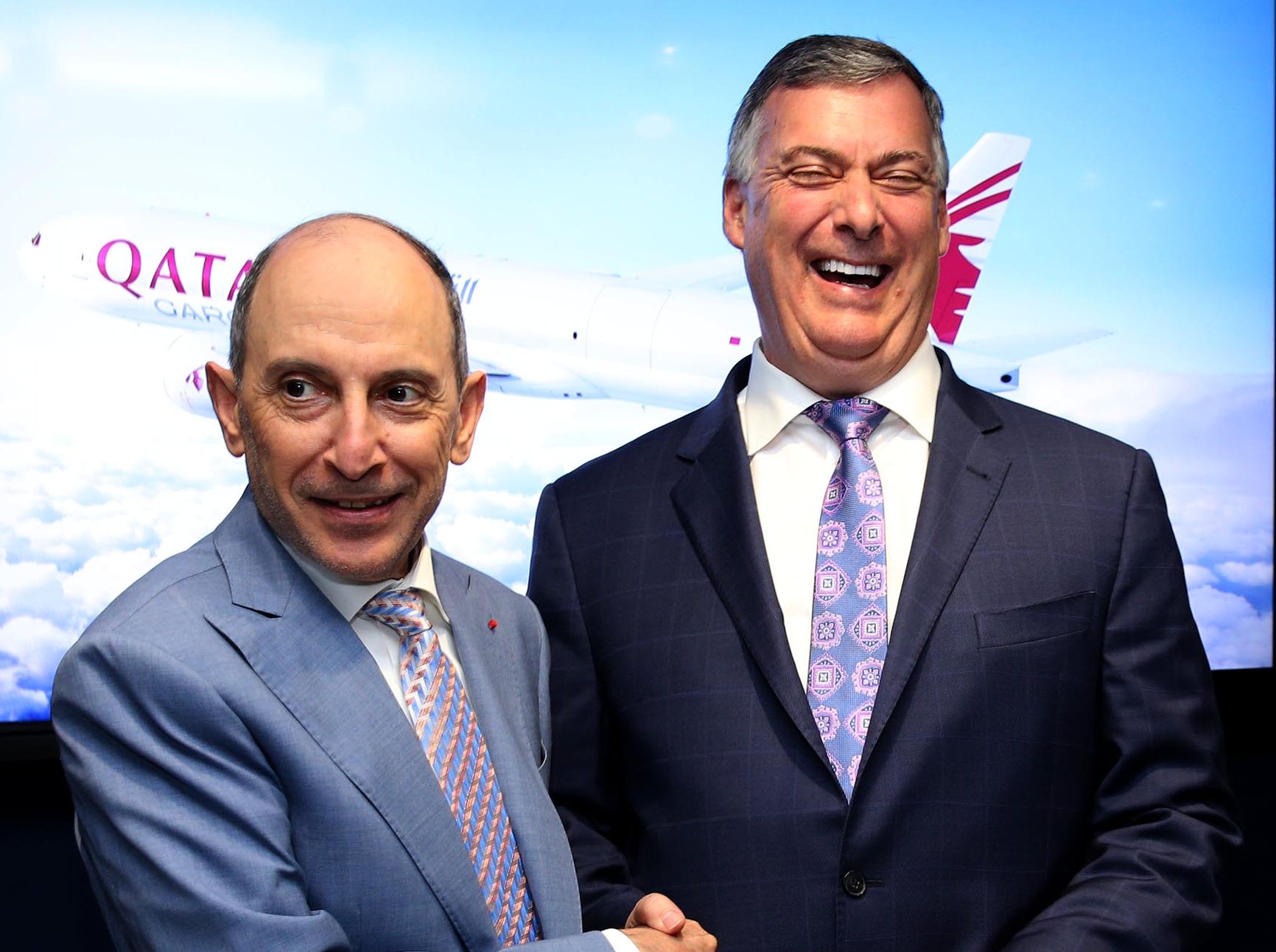 Qatar Cargo has continued to home in on its ambition to the be the world’s largest air cargo carrier with a commitment for five B777Fs valued at $1.8bn at list prices.

The latest freighter deal builds on the airline’s 777 Freighter order book as the airplane has become the backbone of Qatar Airways freighter fleet. It currently operates 23 freighters, including 16 Boeing 777 Freighters, five A330Fs and two B747-8Fs.

“I am very pleased that Qatar Airways has today signed this landmark order for five new Boeing 777 Freighters to add to our cargo fleet,” he said.

“It will increase our 777 freighter fleet by a full 20%, enabling us to further develop our business and offer new customers the chance to experience a truly first-class logistics service. This is an order that will propel our growth and, I firmly believe, confirm us as the leading cargo operator in the world.”

Qatar Airways Chief Officer Cargo, Guillaume Halleux, added: “We are very excited about these announcements. The addition of the five Boeing 777 freighters will be beneficial for our customers’ business as we can offer them greater capacity and increased frequencies on high demand routes. The three new routes add to our expanding global network operated by one of the youngest and most modern fleets in the industry.”

The company has already added a single B777F to its fleet this year, while five more are due to arrive in the coming six months. It has also returned three A330Fs.

Kevin McAllister, president and CEO of Boeing Commercial Airplanes, added: “Qatar Airways continues to implement a bold vision to be the world’s leading air cargo carrier and we are thrilled that they have again chosen to build that future with the Boeing 777 Freighter. It is a great testament to the airplane’s unmatched capabilities.”

The deal was unveiled at the Paris Air Show and was signed in the presence of His Excellency Jassim Saif Ahmed Al-Sulaiti, Qatari Minister of Transport and Communications.

The carrier’s cargo volumes increased by 10% in 2018 over 2017 and its products “have also performed exceptionally well with positive tonnage growth and several enhancements introduced”.

The carrier added belly-hold cargo capacity to several key destinations in its network and also received two brand new Boeing 777 freighters in 2018. It introduced freighters to two new destinations in May 2019; Guadalajara in Mexico and Almaty in Kazakhstan.

Earlier today, China Airlines also signed up for the B777F.