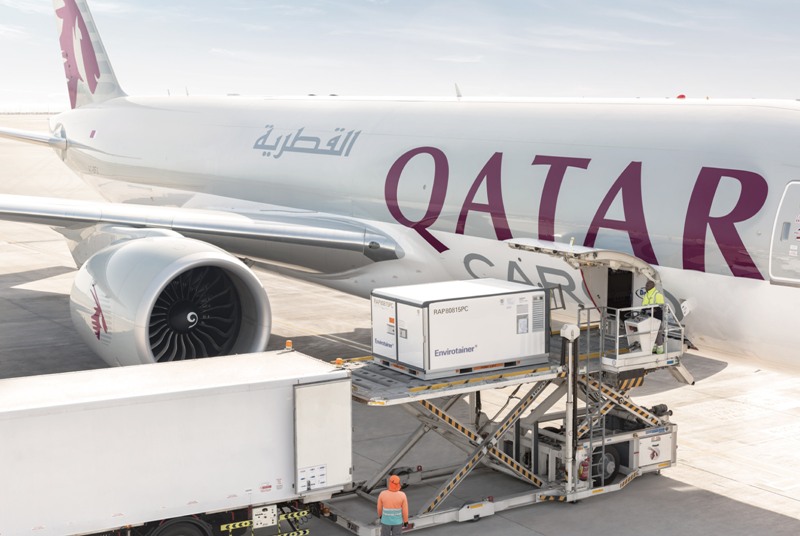 Qatar Cargo saw its volumes rapidly expand in the first 11 months of the year as the carrier began to re-introduce destinations and added to its freighter fleet.

The cargo division reported growth across its products as the Qatar Airways passenger network began to resume operations once more to previously suspended destinations.

Meanwhile, the airline took delivery of three B777 freighters at the start of the year, bringing its total fleet count to 34 freighters/preighters: two Boeing 747-8 freighters, 26 Boeing 777 freighters, and six B777-300ER mini freighters.

It also continued to handle traffic related to the pandemic and reported that since the outbreak of the pandemic it has carried 500,000 tonnes of medical cargo.

“A significant part of the tonnage continued to be medical equipment, PPE, and critical supplies to combat the pandemic, including free medical aid to India at the height of the crisis there in April and May,” the carrier said in a market wrap up for the year.

“Among these, 500m covid-19 vaccines were transported throughout its network, out of which more than 72m doses were flown under the Gavi, WHO and CEPI co-led Covax programme – Qatar Airways Cargo signed a Memorandum of Understanding with Unicef in February this year, covering five years of vaccine transport support.”

The airline also resumed services to Saudi Arabia in January, for the first time since 2017, and appointed general sales agents (GSA) in the Kingdom of Saudi Arabia, the United Arab Emirates, and the Arab Republic of Egypt.

The carrier has also invested in digitalisation and sustainability, joining the IATA CO2NNECT platform and rolling its capacity out on online booking portal WebCargo.

Looking ahead, Guillaume Halleux, chief officer cargo of Qatar Airways Cargo, said: “Digitalisation will continue to be a core focus in 2022, since it is a major enabler in ensuring quality, speed, efficiency, excellent customer service, and flight safety.

“The latter will be further supported by our Unit Load Device (ULD) fleet rollover to Safran’s new, Fire Resistant Containers. We will continue to invest in the quality of our products, in our unrelenting push for highest quality standards in our industry, and will continue to collaborate with our customers, partners, and staff, to deliver true value to the market.”

Qatar Cargo rolls out on WebCargo in 39 more countries