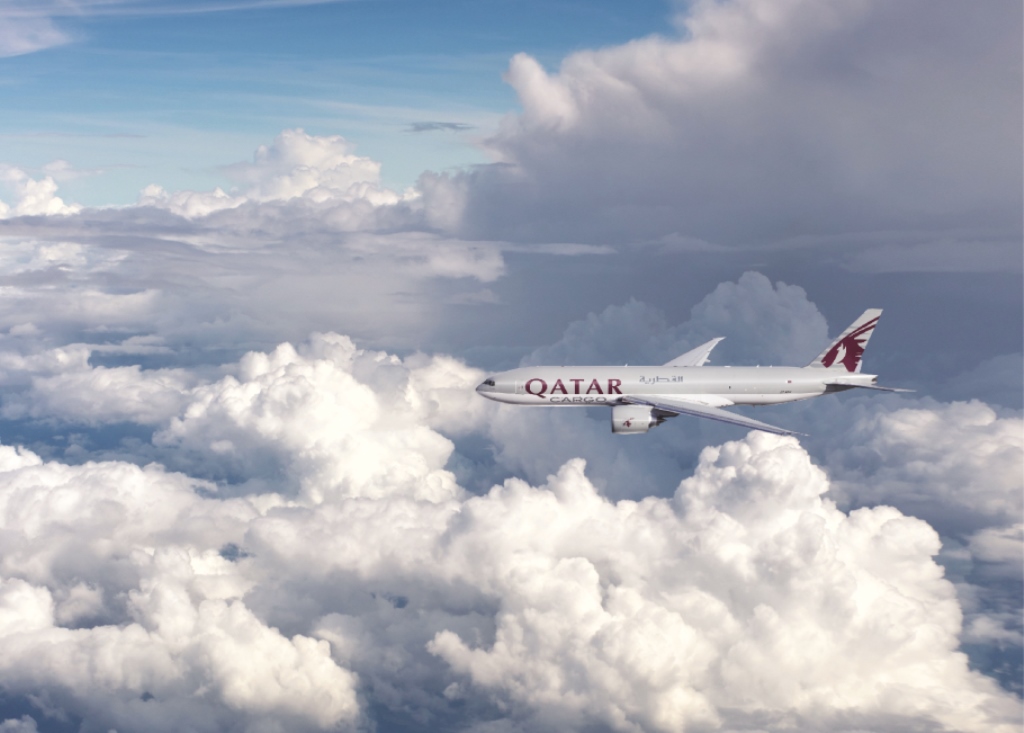 Qatar Airways Cargo has received its latest Boeing 777 freighter, taking the Doha-based carrier’s total freighter fleet count to 21.
Qatar Airways chief officer cargo Ulrich Ogiermann said: “The arrival of our newest Boeing 777 freighter comes at a time when we are consciously strategising our freighter network expansion this year, above and beyond the unprecedented demand and growth in our charter services.
“Through our expanding fleet of 21 freighters, we offer increased capacity and flexibility to our customers, providing them access to any major air trade markets across the world.”
The Boeing 777 freighter has the longest range of any twin-engine freighter, capable of flying 9,070 km. It has a payload capacity of 102 metric tonnes
“The airplane’s range capability translates into significant savings for cargo operators: fewer stops and associated landing fees, less congestion at transfer hubs, lower cargo handling costs and shorter cargo delivery times,” Qatar said.
Qatar Airways Cargo operates its B777 freighters on long-haul routes to the Americas, Europe, the Far East, Asia and some destinations in Africa.
The airline will receive another Boeing 777 freighter later this year, increasing its freighter fleet to a total of 22 aircraft by the end of 2017.
In total, the airline operates eight A330-200Fs, one B747-400F and 12 B777Fs.