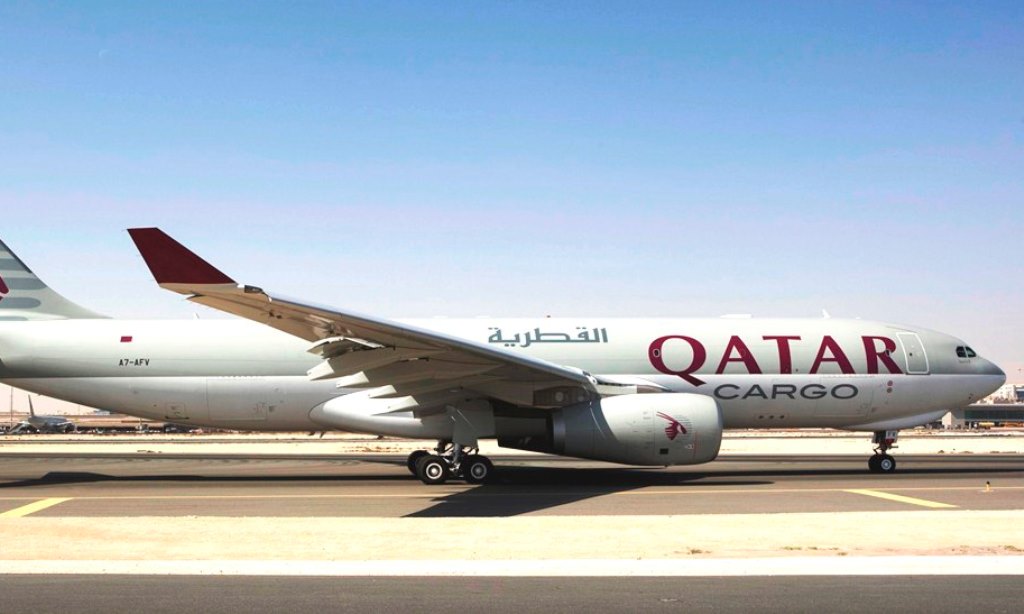 Qatar Airways Cargo is adding further frequencies to its Pharma Express services that link the two European pharmaceutical hubs of Basel and Brussels with its home hub of Doha.
An additional weekly frequency, operating on Fridays, was introduced on the route out of Basel on 3 February, while two further weekly Airbus A330 freighter services linking Brussels to Doha on Wednesdays and Saturdays will inaugurate from 15 February.
From 18 February, Qatar Airways Cargo will operate a total of nine Pharma Express flights each week.
Qatar Airways’ chief officer cargo, Ulrich Ogierman, observed: “Air cargo standards for handling time-and temperature-sensitive commodities such as pharmaceuticals are becoming more stringent, especially with the stricter guidelines on temperature control requirements.
“At Qatar Airways Cargo, we understand the intricacies involved in safeguarding the integrity of temperature-sensitive commodities during shipment.
“Therefore, we are committed to offering our customers seamless cool chain air logistics as well as uncompromised service standards compliant with Good Distribution Practice (GDP) requirements.”
The Doha-based freight carrier’s Pharma Express flights were first launched in 2015. Now connecting the pharmaceutical hubs of Brussels, Basel, Mumbai, Ahmedabad and Hyderabad with the Qatari capital, they fly a total of more than 30,000 tonnes of pharmaceuticals each year.
All these routes are served by Qatar Airways A330 freighter aircraft, offering between 65 and 68 tonnes of capacity each way.
Qatar Airways Cargo’s QR Pharma service is its specialist product dedicated to pharmaceuticals and healthcare products. It offers both active and passive technologies to maintain the consistent temperature of a shipment throughout the supply chain.
At Doha, Qatar Airways Cargo’s Quick Ramp Transfer (QRT) is said to ensure rapid movement on the apron, and it is the only cargo carrier in the Middle East to offer refrigerated or reefer truck services for ramp transfers at its home hub.
The QR Pharma network currently covers 71 destinations on the airline’s network around the world.
Auckland inaugural
In other news, today (6 February) saw Qatar Airways inaugurate a new record-breaking Auckland service.
The world’s longest commercial flight – the aircraft takes 17 hours and 30 minutes to cover a distance of 14,535 kilometres – is operated by a Boeing 777.
Qatar Airways Group chief executive Akbar Al commented: “The launch of our new service to Auckland is an important milestone for Qatar Airways as we expand both in the region and globally across our network.”
Jeremy Clarke-Watson, New Zealand’s ambassador to Qatar, said that he looks forward to “working with Qatar Airways and New Zealand exporters to maximise the potential of the direct service’s freight capacity, which opens up a whole new market for our exporters, particularly in fresh food and beverage”.
The daily Doha – Auckland – Doha service offers a total of 116 tonnes of bellyhold cargo capacity a week to support New Zealand’s growing imports of raw, industrial and consumer materials.
In a statement, Qatar Airways Cargo particularly pointed to the potential for QR Fresh, the carrier’s temperature-controlled offering, to deliver perishable products such as dairy produce, meat and fruits from Auckland into the Middle East and then on to major European cities.
Auckland represents this year’s first new addition to the Qatar Airways network. Other new destinations planned for 2017 and 2018 are: Yanbu and Tabuk, Saudi Arabia; Dublin, Ireland; Nice, France; Skopje, Macedonia; Chiang Mai, Thailand; Sarajevo, Bosnia Herzegovina; Libreville, Gabon; Douala, Cameroon; Rio de Janeiro, Brazil; Santiago, Chile; Canberra, Australia; Medan, Indonesia; and Las Vegas, in the US.