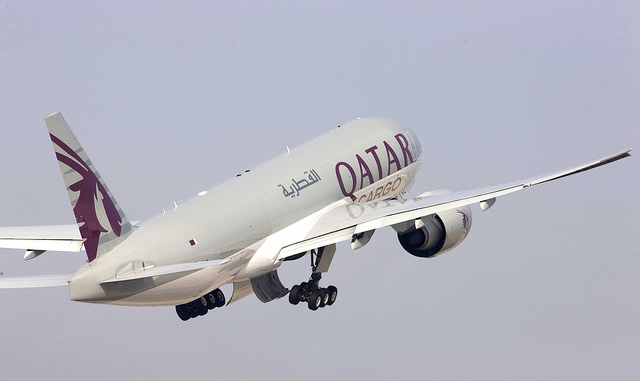 Qatar Airways Cargo will launch a new freighter service to Los Angeles Airport (LAX) from April.
The twice-weekly B777F to Los Angeles will become Qatar Airways Cargo’s fourth US freighter destination, alongside Houston, Chicago and Atlanta.
Qatar Airways uplifted over 49,000 tonnes of airfreight from the US market in 2014 and it will continue to be a key growth market for the carrier, with the market predicted to add more than one million additional tonnes of freight before 2018.
LAX ranks fifth in the US in terms of air cargo volumes processed and in 2014 LAX handled more than two million tonnes of air cargo, valued at $91.6bn.
Qatar Airways chief officer cargo, Ulrich Ogiermann, said: “Los Angeles is a significant global cargo hub, which is reflected by the increasing airfreight volumes seen at Los Angeles Airport.”
Los Angeles World Airports’ executive director, Gina Marie Lindsey, said: “The new service will provide Southern California businesses with more choices to ship between the West Coast, the Gulf/Middle East and beyond. It will also open our markets to Qatari businesses.”
In 2014, over 100,000 tonnes of perishable products were exported by air from Los Angeles, with around 40,000 tonnes destined for the Middle East and Europe.