Qatar Marches on with freighter routes to Budapest, Prague and Ho Chi Minh 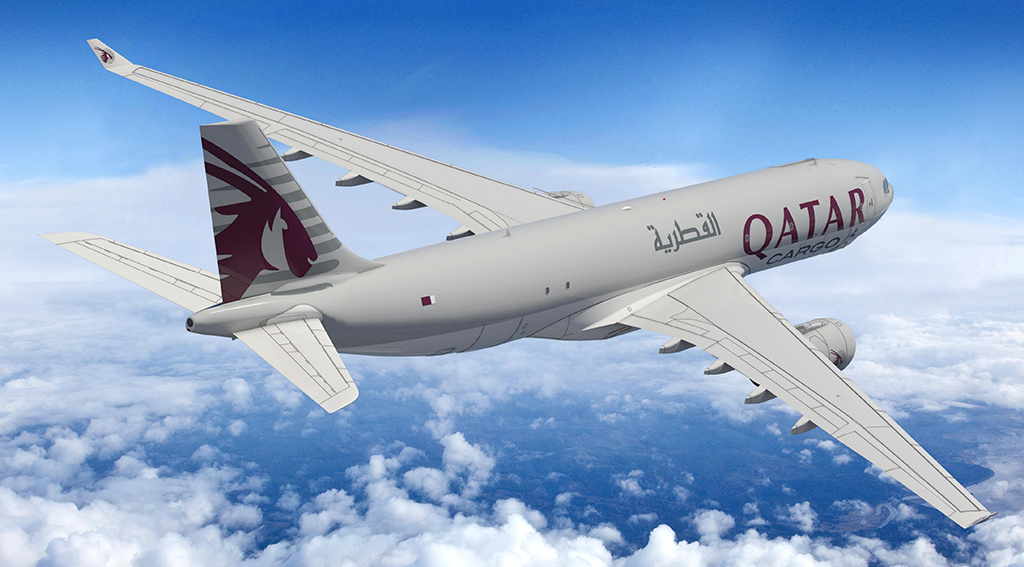 Qatar Airways Cargo will launch A330F freighter routes to Budapest, Prague and Ho Chi Minh in March, filling a “definite gap in the market” and increasing the Middle East airline’s freighter destinations in Europe to 14 and in Asia/Pacific to six.
An Airbus freighter will fly twice a week from Qatar Airways’ Doha hub to Ho Chi Minh in Vietnam on Thursdays and Saturdays, providing a combined total of 120 tonnes of cargo capacity to and from the city per week, in addition to the 72 tonnes weekly belly hold capacity on the daily passenger flights.
The new Doha–Budapest–Prague service will depart from Doha on Thursdays and Sundays. The 120 tonnes of weekly cargo capacity on the A330F will be allocated evenly between the two markets in Hungary and the Czech Republic.
The new European route will provide a major new gateway into Eastern Europe from Asia for electronics and automotive parts, as well as textiles, pharmaceuticals and biotech products. The service to Ho Chi Minh will support Vietnam’s growing influence as a major exporter of garments, footwear and handicrafts to the US and Europe.
Ulrich Ogiermann, Qatar Airways chief officer cargo, said: “We have identified a definite gap in the market in these regions and we look forward to supporting local businesses in the areas with a more robust service connecting them to our wider global network.”
Budapest’s Ferenc Liszt International Airport is promoted as a convenient location for distributing high-value products flown in from the Arabian Gulf, South-East Asia and the Pacific region, with 20 European countries within a 1,000 km trucking distance.
“We are delighted to welcome Qatar Cargo to Budapest Airport as a regular customer,” said René Droese, property director, Budapest Airport, in charge of cargo development.
He added: “This new cargo route will present yet another strong business opportunity for our Hungarian customers in the automotive, digital, electronic, and pharmaceutical industries. I am sure that this new twice-weekly flight will increase the cargo performance of Budapest Airport substantially.”
Qatar Airways Cargo’s network expansion for 2016 began in January with the launch of a freighter destination to Dallas/Fort Worth, taking the airline’s number of freight destinations in the US to 13. In addition, a fourth-weekly freighter began serving Los Angeles, complementing the new passenger service to the US west coast hub.
The carrier added that “further network growth is planned for later this year” as more aircraft join the expanding fleet.
A new A330F and a new B747F nose loader were received by the airline in December 2015, and a further A330F is scheduled to arrive in the first quarter of the year followed by three new Boeing 777Fs by the end of 2016.