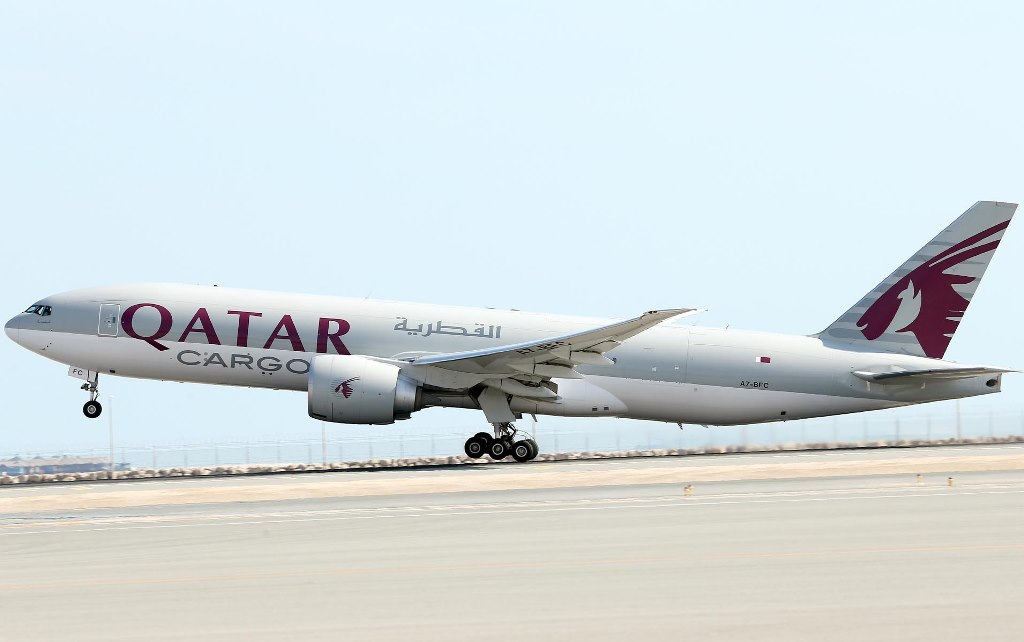 Qatar Airways Cargo will switch one of its A330F aircraft that fly to Brussels for a larger capacity B777F.
The Middle Eastern carrier currently offers seven all-cargo flights per week into Brussels using A330F aircraft but this month is upgrading one of those aircraft to a B777F flying on a rotation of Halifax, Brussels and Doha.
The B777-200F has a cargo capacity of around 100 tonnes compared with the 70 tonnes of the A330-200F. It also offers a greater maximum load range of 9,000km against 7,400km for the A330-200F.
Also, it will add an eighth weekly freighter operation in May utilising an A330F on a straight run between the Belgian hub and Doha.
Brussels Airport head of cargo Steven Polmans said: “In just a few years, Qatar Airways Cargo has grown to become one of our biggest cargo players at the airport, offering direct capacity from the Middle East as well as Africa into Brussels. These flights contributed tremendously to our growth in, for example, perishables at the airport.”
The airline took delivery of its latest B777F in March.