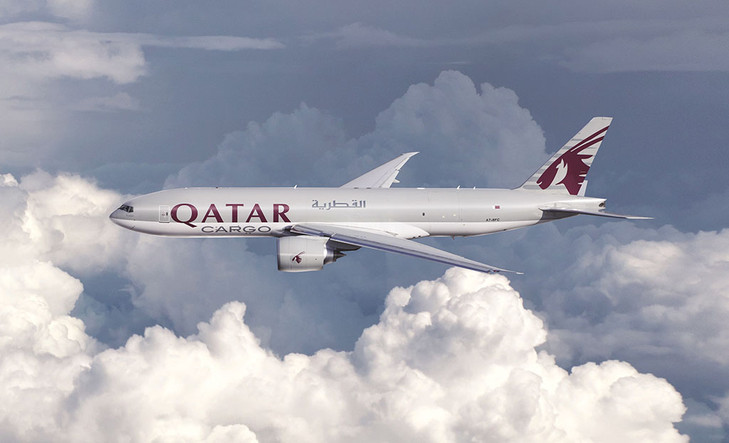 Qatar Airways Cargo will today begin its new freighter service calling at Miami International before heading off to South America.
The new twice weekly Boeing 777 freighter service was announced late last year, with the airline saying it would cater for growing import and export demand to and from the South America region.
The freighters will fly to the South American cities of Buenos Aires, Sao Paulo, Quito (the latter subject to governmental approval) and Miami in the US.

Qatar Airways Cargo will handle major temperature-sensitive commodities out of Sao Paulo, Buenos Aires and Quito such as fresh flowers and pharmaceuticals, in addition to high-value imports into South America including medicine, automotive equipment, chemical products, high-tech commodities and equipment for the oil and gas industry.

The aircraft will depart from the Middle East cargo carrier’s Doha home base, via Luxembourg, its European hub, with stops at Sao Paulo in Brazil, Buenos Aires in Argentina and Quito in Ecuador.
On the return leg, the freighters will stop in Miami, Florida and Luxembourg before arriving in Doha.
The launch of new freighter routes brings the carrier’s total freighter destinations in the Americas to 12 while offering belly-hold services to 13 cities on the continent.
Major commodities out of Sao Paulo, Bueno Aires and Quito comprise of fresh flowers, perishables and pharmaceuticals, whilst imports into South America include a wide variety of products ranging from medicines, automotive, chemical products to high tech commodities and equipment for the oil and gas industry.
Miami will serve as the airfreight distribution hub to and from the Latin American and Caribbean regions.