Ready for lift-off thanks to Volga-Dnepr 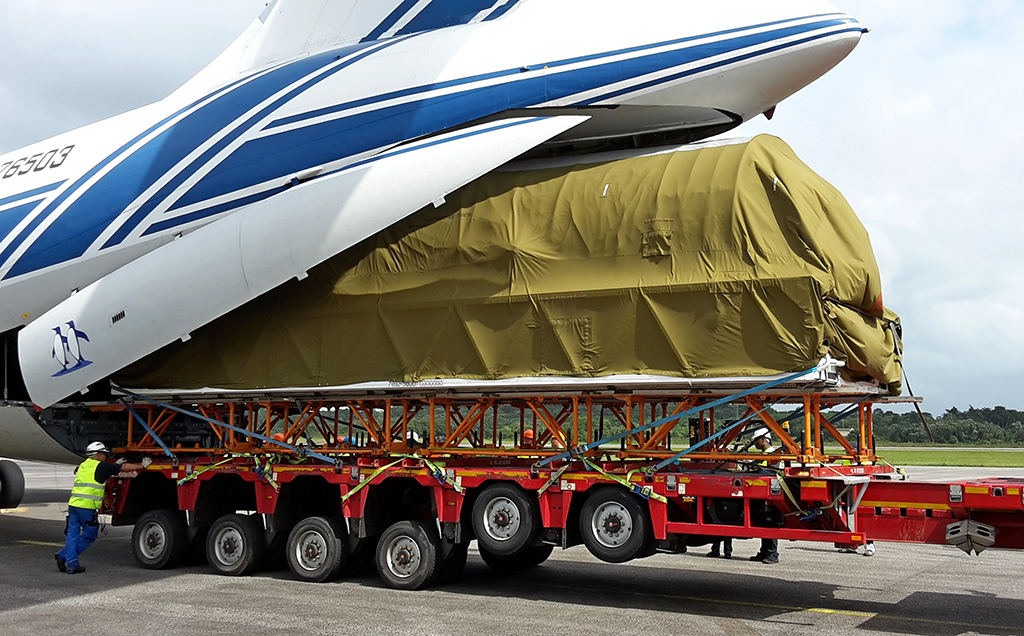 Volga-Dnepr Airlines has delivered the third stage of the Soyuz-ST launch vehicle from Samara in Russia to Europe’s Spaceport in Cayenne in French Guiana.
The move is in readiness for the launch of a satellite in early April for SES, one of the world’s leading communications companies.
Progress Space Rocket Centre, which commissioned the flight, is one of Volga-Dnepr’s key customers in the Russian aerospace industry and the airline’s load planning centre designed a special cradle to lift the launch vehicle into one of its IL-76TD-90VD freighters.
The flight was also routed to avoid multiple landings which could damage the fragile cargo.
Volga-Dnepr key account manager, Sergey Lenivin, said that the carrier had gained a strong reputation with global satellite manufacturers for moving the sensitive technology.