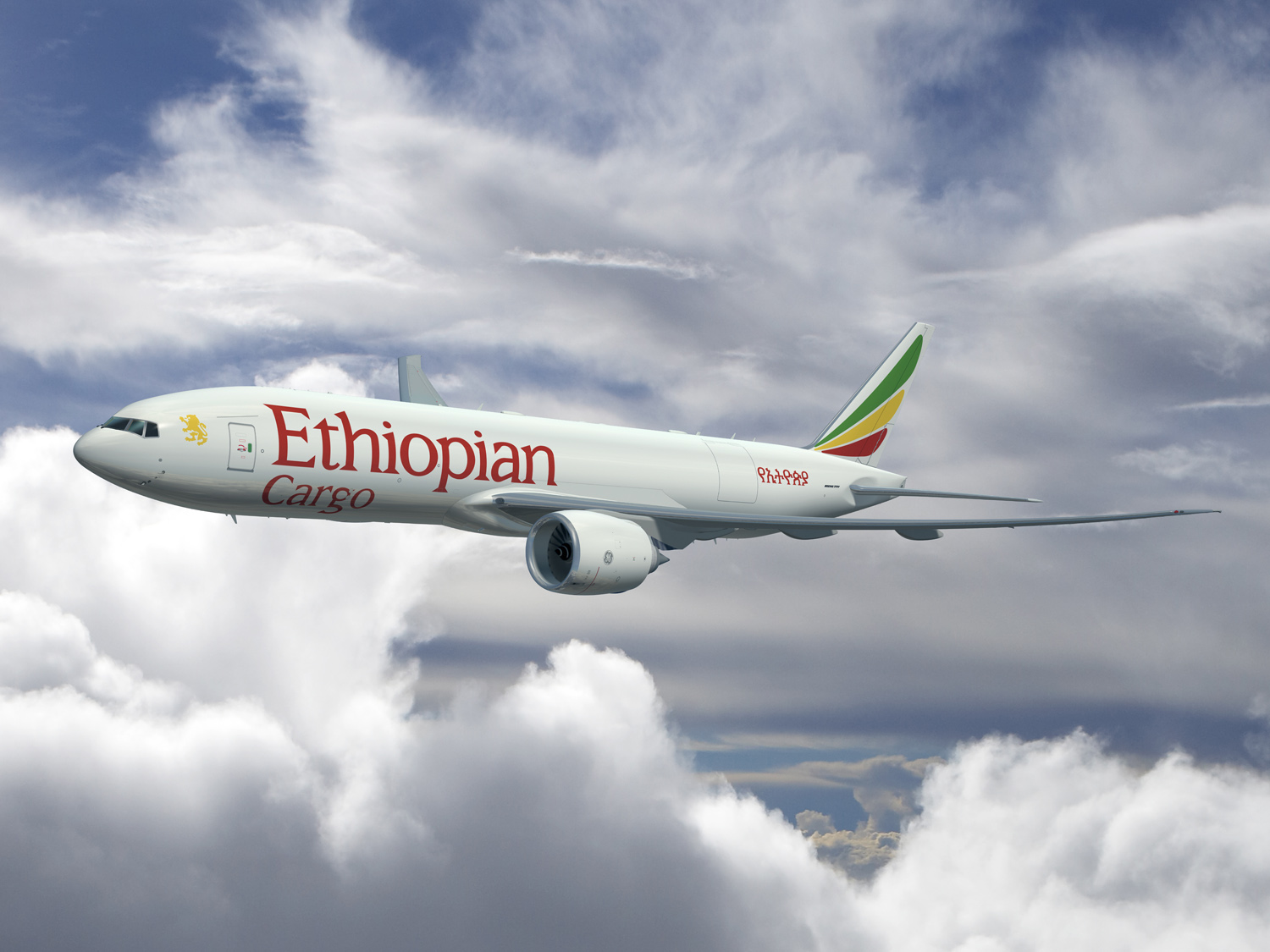 Unconfirmed reports suggest that Ethiopian Cargo, Africa’s largest cargo operator, is to sign a  joint venture with parcels and logistics giant DHL.
An Ethiopian newspaper, citing Ethiopian Airlines Group chief executive Tewolde Gebremariam, said that the partners would set up a new company, with Ethiopian owning 51% and Germany-headquartered DHL 49%.
Sources at the African carrier were unable to confirm a joint venture with DHL, which is thought to be one of Ethiopian’s largest customers.
Ethiopian Cargo is an ambitious freighter operator, With six B777 and two B757 freighters serving 39 cargo destinations in Africa, the Middle East, Asia the America’s and Europe.
In January this year, Ethiopian announced that it is to lease two converted Boeing 737-800 freighters from lessor GE Capital Aviation Services (GECAS).
The planes, to be delivered this year and next, are the first pair of series type B737-800SFs converted from passenger jets by Aeronautical Engineers Inc. (AEI).
Sign up to receive Air Cargo News direct to your inbox for free
Read more freighter operator news