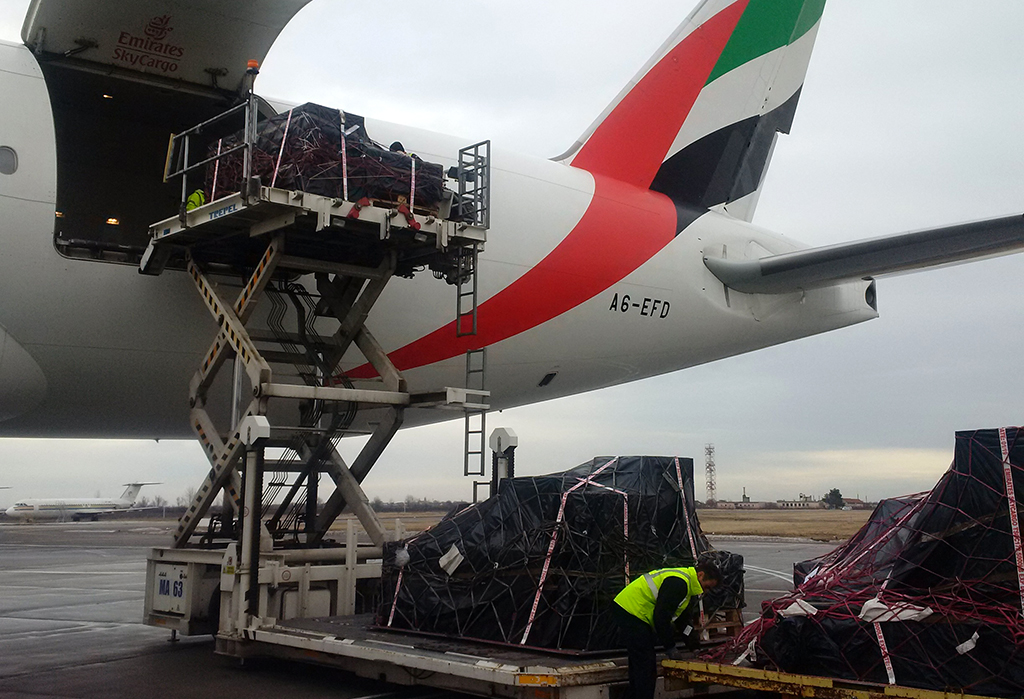 Air Partner, working on behalf of TNT Romania, helped deliver a cargo of 445 treasured Romanian artefacts to China.
The shipment was flown from Bucharest Otopeni airport to Beijing on a B777 freighter operated by Emirates. Due to the nature of the cargo, all flight clearances had to be secured through diplomatic channels.
The artefacts, which date from prehistoric times to the late 18th century and include ceramics, glassworks, mural paintings, manuscripts and textiles, are mainly from the National Museum of Romanian History (MNIR). They will be exhibited at the National Museum of China in Beijing.
Mike Hill, regional freight director for Air Partner Europe, said: “The items are of huge cultural and historical importance and we were thrilled to play a role in bringing them to a wider audience. I don’t doubt that they will be missed back in Romania but we have already arranged their return later in the year.
“My thanks go to Emirates and all the Romanian diplomatic services involved, who all worked tirelessly to ensure that the shipment was delivered on time and in perfect condition.”
Ciprian Popescu, special services manager for TNT Romania, said: “Arranging this flight was a highlight of our longstanding relationship with Air Partner – even though it proved to be more logistically challenging than initially expected.
“During a time of the year when most people are busy decorating Christmas trees and preparing New Year’s Eve parties, the teams at TNT and Air Partner were working around the clock to make sure that this flight went seamlessly.”