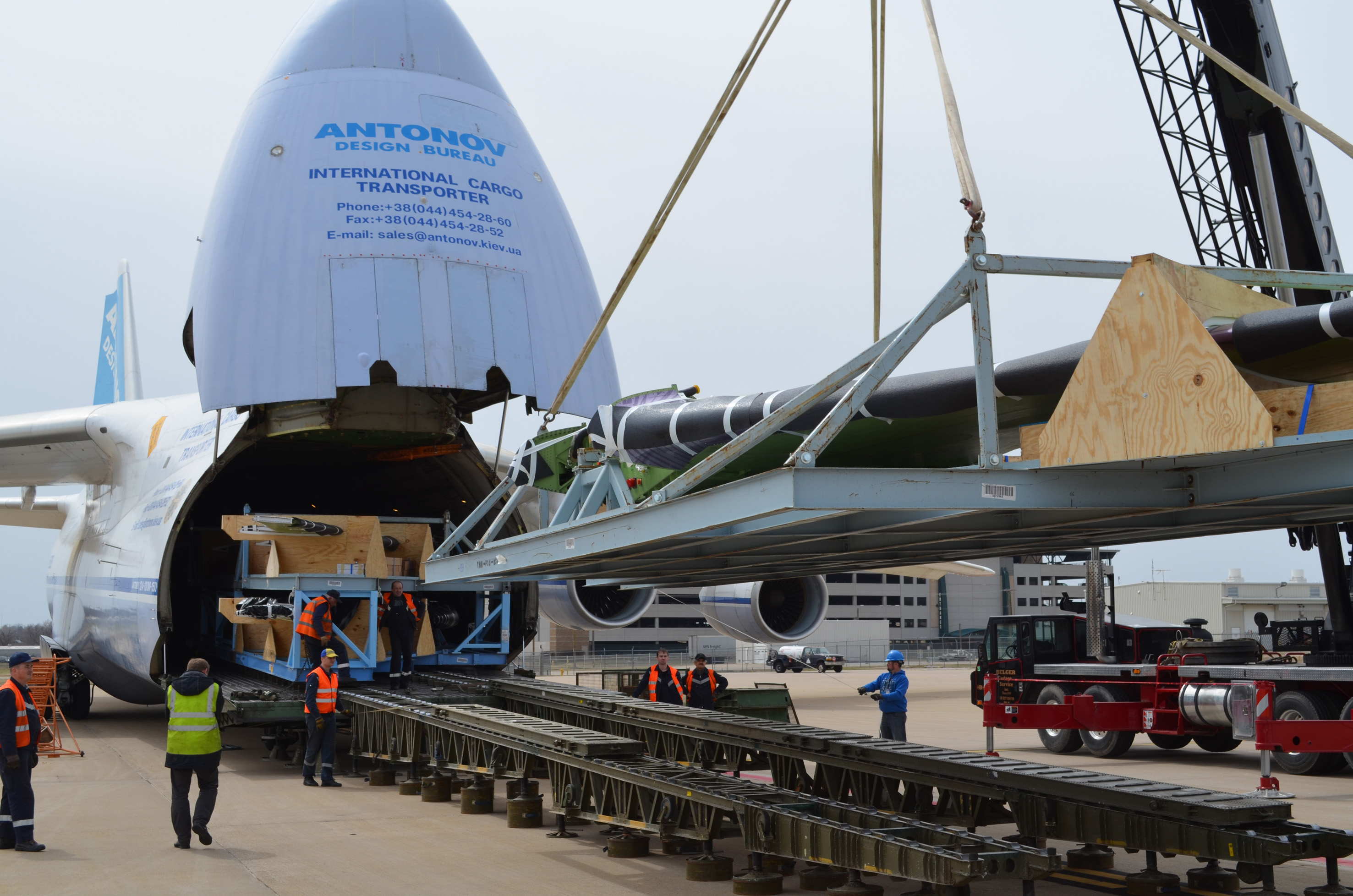 RUSLAN international, the joint venture company which manages and markets the 17-strong fleet of giant Antonov An-124s belonging to its shareholders Antonov Airlines and Volga Dnepr Airlines, has transported four wing assemblies for the latest Gulfstream business jet.
The wings – for the recently-launched Gulfstream G280 super midsize business jet – were flown from the manufacturing plant in Oklahoma to the aircraft assembly base in Tel Aviv.
The charterer was the Tulsa, Oklahoma branch of Kuehne + Nagel.
Each crated wing measures 7.14m x 2.24m x 1.14m and weighs around eight tonnes.
The wings were placed in two stacks on the aircraft, using special loading equipment. At a total of just 32 tonnes, the load was one of the lightest but bulkiest carried by the aircraft.
Gulfstream’s G280 boasts the longest range at fastest cruise speed in its category. Its performance is largely due to the revolutionary design of its wings, which also contribute to its ability to serve some of the world’s most difficult airports.
Share this story