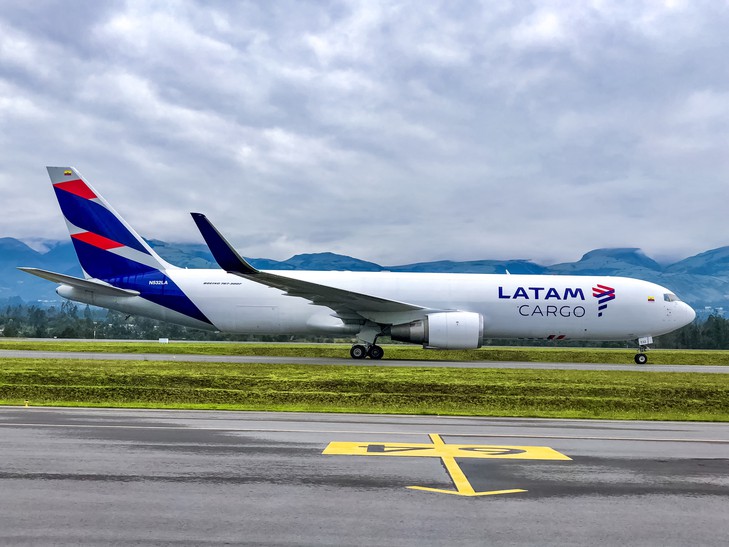 LATAM Cargo saw revenues and volumes improve in the third quarter of the year, with demand for salmon helping to propel demand.
The Chile-headquartered carrier, which operates 10 B767-300Fs, recorded total cargo revenues for the period of $279m, up 2.5% year on year, while cargo traffic improved by the same amount on a year earlier to 875m revenue tonne kms.
While this represents an improvement, the level of growth has slowed as the year has progressed – over the first nine months revenues are 11.8% up and cargo traffic is 6.9% ahead.
Capacity was up by 3.9% during the third-quarter period, putting pressure on the airline’s factor.
The airline said that salmon exports from the region had helped keep volumes growing in the third quarter.
“Cargo yields remained flat, while load factor reached 53.5%, a decrease of 0.7 points compared to the third quarter 2017,” LATAM said.
“Export markets continue to show an improvement year over year, driven by salmon exports from Chile. This was partially offset by a decline in the import markets driven by the weaker currencies in Brazil and Argentina.
"As a result, cargo revenues per available tonne km declined by 1.4% in comparison to the same quarter of the previous year."
The airline also revealed that approval of its planned partnerships with American Airlines and IAG had been appealed by certain third parties at Chile’s Supreme Court.
"In the meantime, LATAM Airlines Group is evaluating the implementation of the joint business agreement (JBA) with IAG, while the JBA with American Airlines is subject to the approval of the Department of Transportation in the US," the airline said.