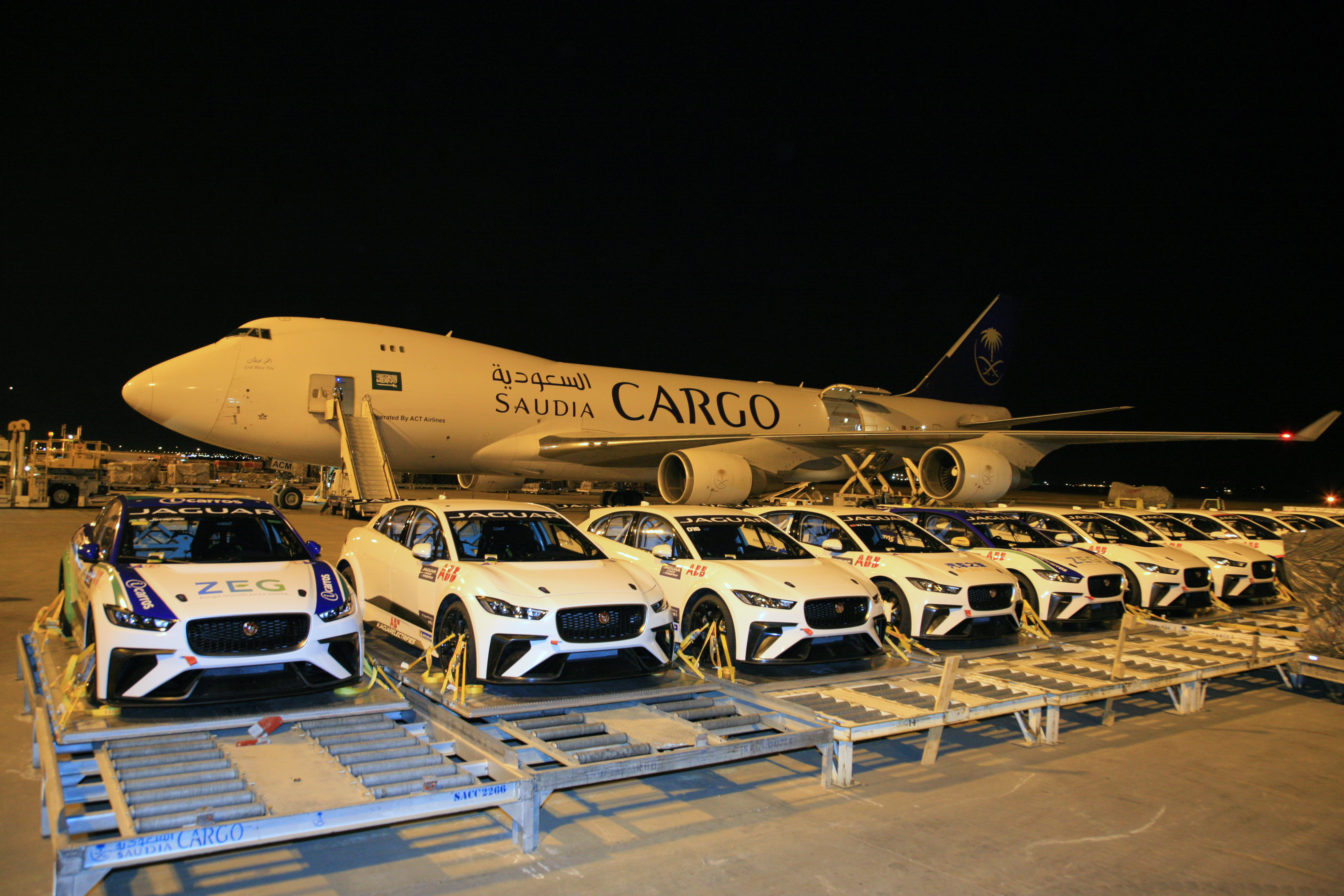 Saudia Cargo transported 58 cars to Riyadh from around Europe for the FIA Formula-E championship.
Saudia, for the first time, is sponsoring the season opening race for the ABB FIA Formula E Championship that will be held, also for the first time, in the historic city of Ad Diriyah, located on the outskirts of Riyadh, from December 13-15.
The cars, spares and the various equipment were carried from several European destinations into King Khalid Airport in Riyadh.
In total there were 58 cars transported aboard several aircraft, with a combined load exceeding 220 tons. This also includes cars for the Jaguar I-PACE eTROPHY (pictured).
Formula E, is a class of racing that uses only electric-powered cars. Inspired by innovation, this race utilises eco-friendly electric energy.
Earlier in the year, Saudia Cargo carried all the equipment of the World Wrestling Entertainment (WWE) event to the Kingdom for the ‘Crown Jewel’ tournament and transported two satellites from Riyadh to Shanghai.