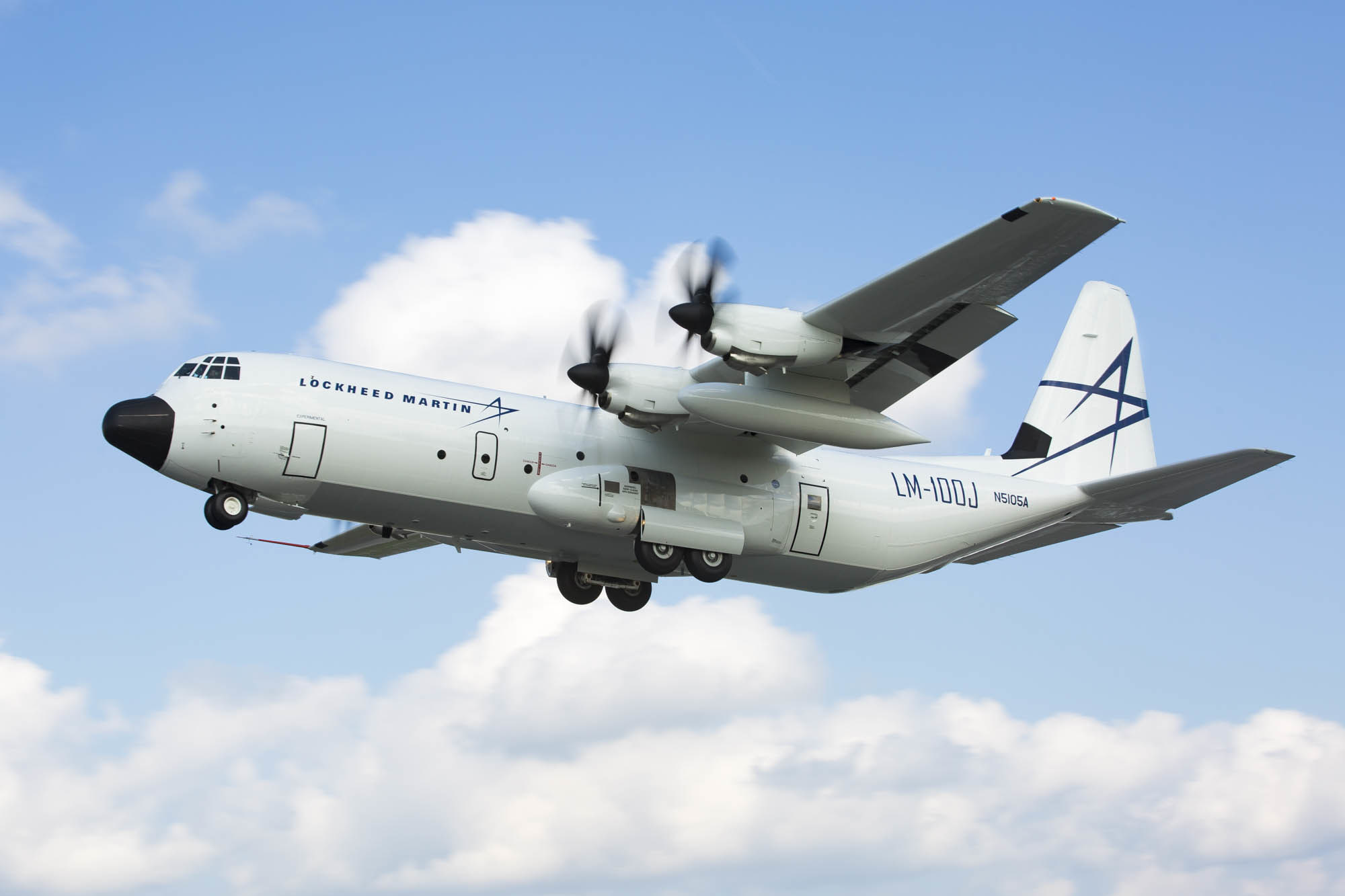 Lockheed Martin carried out a successful test of its second LM-100J commercial freighter, which is based on the Super Hercules military aircraft, on October 11.
"The flight was outstanding and the aircraft’s performance was flawless," said Wayne Roberts, LM-100J chief test pilot.
"After this completely successful first airworthiness flight, this aircraft will join the first LM-100J in conducting the FAA type design update test program already underway.
"This will accelerate our progress to deliver this unique aircraft’s capabilities to civilian operators around the world."
The LM-100J is the 17th different mission capability developed for the C-130J Super Hercules and it is an updated version of the L-100 cargo aircraft, which Lockheed Martin produced from 1964-1992.
The LM-100J will perform as a commercial multi-purpose air freighter capable of rapid and efficient cargo transport.
"The LM-100J is an ideal airlift solution for delivering bulk and oversize cargo, particularly to austere locations worldwide," Lockheed Martin said.
"Like its military counterpart, the LM-100J will be able to support multiple missions, ranging from firefighting to medevac to VIP transport."
The first Lockheed Martin LM-100J ‘Super Hercules’ commercial freighter took to the skies for the first time at the end of May.
The L-100s are now starting to come to the end of their working life and customers have been asking for a replacement.
In 2014 ASL Aviation signed a letter of intent for 10 of the aircraft, while in 2016 a further 10 were ordered by Bravo. At least one unnamed customer has also placed an order.