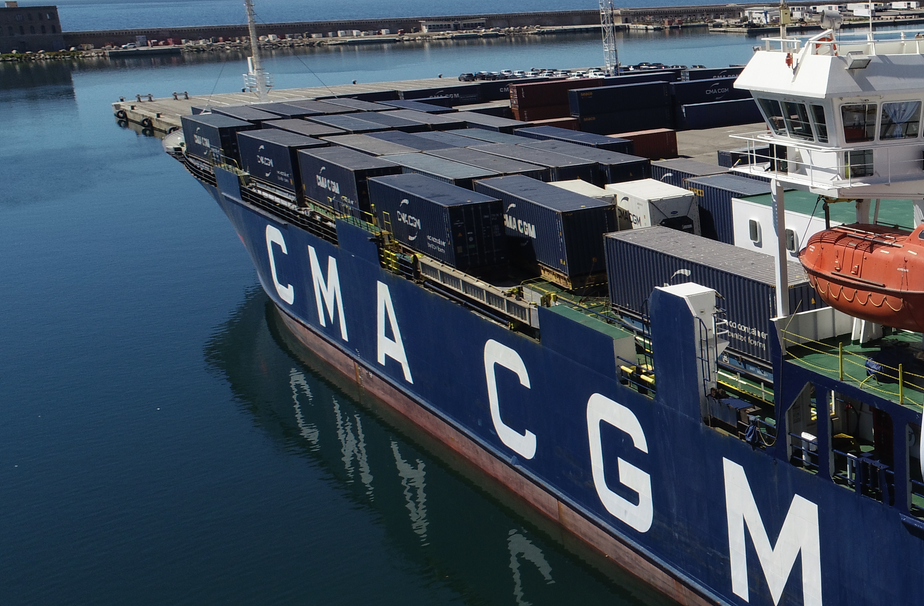 France-based container shipping line CMA CGM is set to enter the air cargo market with a fleet of four Airbus A330-200 freighters.

The aircraft will be offered through the carrier’s new CMA CGM Air Cargo division and answer “growing demand” for “agile solutions”.

CMA CGM, which also owns top 20 freight forwarder Ceva, said the aircraft, which offer around 60 tonnes of payload, came into service between 2014 and 2016 and have a range of 4,000 nautical miles.

The CMA CGM group said it would entrust the operation of its freighter fleet to a European airline.

Earlier this year, Air Belgium announced that it would take delivery of four A330-200Fs, which are thought to be former Qatar Airways aircraft.

The shipping line said it will also partner with other airlines to offer global coverage.

“This move into airfreight strengthens the Group’s transport and logistics business, allowing it to offer its customers a new range of comprehensive, agile and customised solutions,” CMA CGM said.

Rodolphe Saadé, chairman and chief executive of the CMA CGM Group, said: “In response to the growing demand from our customers for agile logistics solutions, we are creating a new division within the CMA CGM Group dedicated to air transport: CMA CGM Air Cargo.

“This division will launch with four Airbus A330-200F aircraft and will leverage commercial partnerships with airlines in order to deliver global coverage. This is a major milestone in the development of our logistics services.”

CMA CGM added: “This expansion into airfreight is a new milestone in the Group’s strategic development, with the aim of providing Group customers with a complementary range of services covering both shipping and logistics.”

CMA CGM injected €50m into the airline group, which owns the Air Caraïbes and French Bee companies, for its stake.

The company’s expansion in airfreight comes as the container shipping sector has faced a tough 12 months, with container shortages, a surge in demand, and congested ports all hindering operations.

Earlier this week, freight forwarder SEKO Logistics said that it had noted a modal shift from ocean to air as customers faced supply chain issues when using ocean.

And SEKO expects the issues to continue beyond the Chinese New Year, a period that many had hoped would give the shipping industry a chance to catch up.

Sister title Flight Global said CMA CGM Air Cargo will become one of a small number of companies offering A330-200Fs. Just 38 of the dedicated new-build freighters have been produced.

DSV is expecting supply chain constraints and higher pricing to continue beyond the traditional peak season. Speaking to Air Cargo…