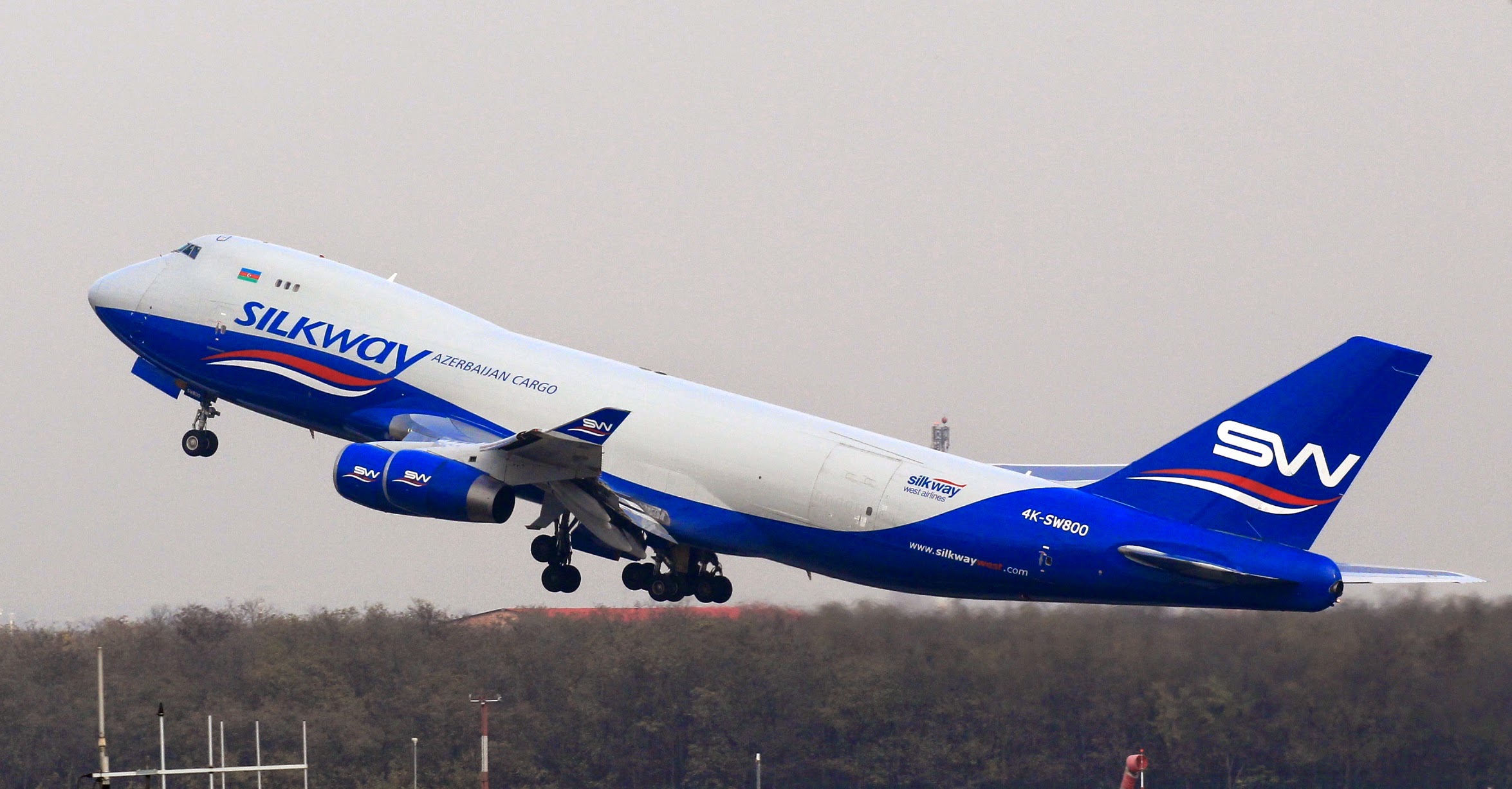 Azerbaijan carrier Silk Way West has upgraded the freighter aircraft on its twice weekly flights between Budapest and Baku.
Silk Way West launched a twice weekly B767-300F service between the Hungarian and Azerbaijan capital cities in March 2014, offering around 53 tonnes of cargo capacity, but also substituting with B747-400F aircraft at peak periods.
The airline has now decided on a permanent shift to the B747-400F on the service, with a potential uplift of 110 tonnes to and from the Caspian republic and onward cargo connections to the Far East, including China and South Korea.
József Kossuth, cargo manager at Budapest Airport, said: “All of our expectations have been confirmed regarding Silk Way West, as they quickly became quite popular in the Central European region.
“Its two flights per week offer a great opportunity for Hungarian trade as it ensures a modern and fast connection between Hungary, Azerbaijan, and markets in the Far East.”
Nidjat Babayev, vice president of global sales, Europe and Asia, at Silk Way West, said: “We are happy with our Budapest operation and will continuously focus on further improvements and expansion both on the import and export side as well.”
Did you find this article of interest, if so why not register for a FREE digital subscription to Air Cargo News? – Find out more