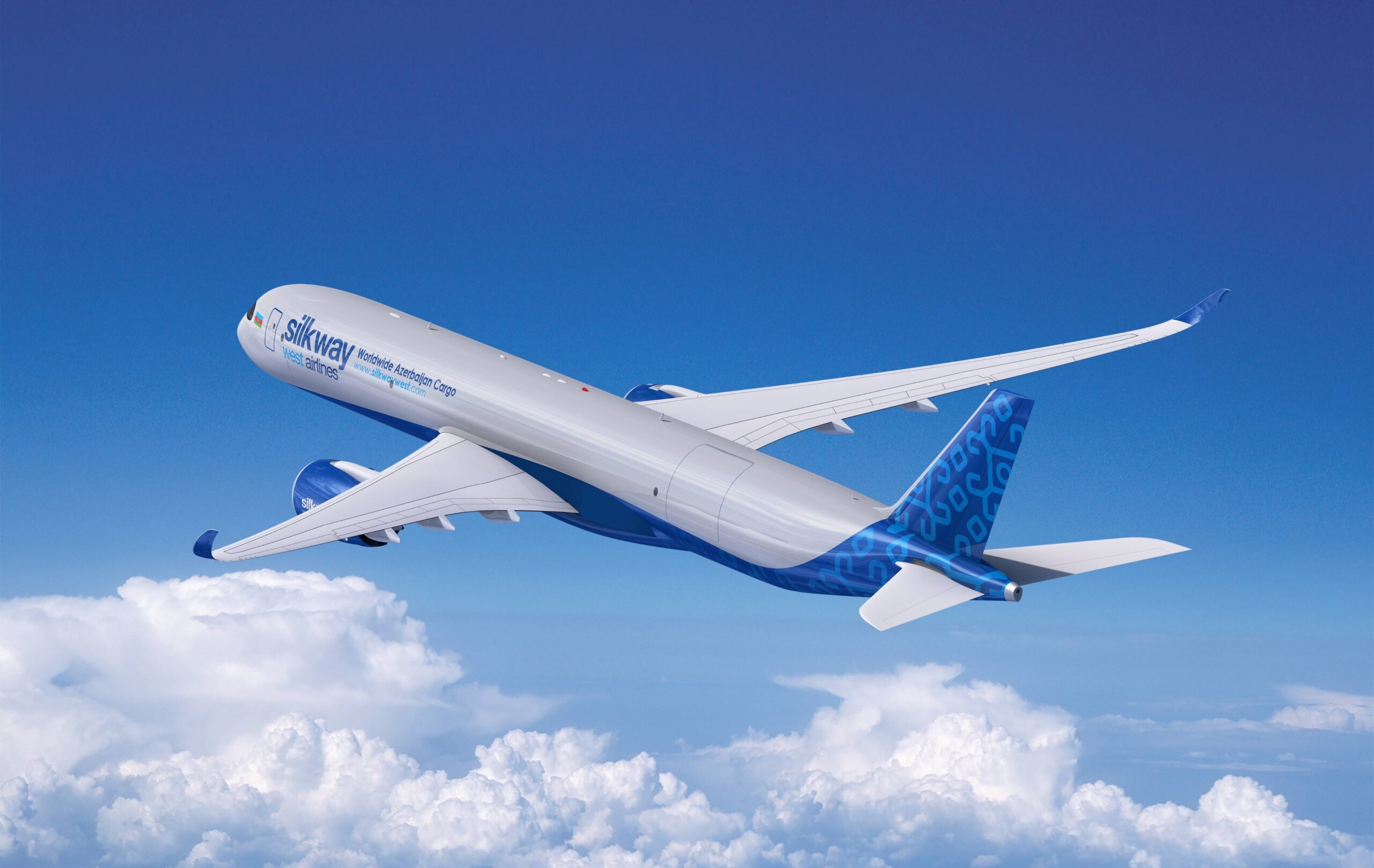 Azerbaijan-based Silk Way West Airlines has signed a purchase agreement for two of the recently launched Airbus A350 freighters as part of moves to modernise its fleet.

This is the first order from the Caspian region for this aircraft type, said Airbus.

“We are delighted to sign the first but surely not the last agreement with Airbus, which marks the start of what I am sure will be a very fruitful partnership as we strive for future growth,” said Wolfgang Meier, president of Silk Way West Airlines.

“I am confident of the success that the acquisition of these new aircraft will bring us. The signing of this agreement marks a new milestone in the growth of our company. There is no doubt that this agreement will strengthen the company’s leading position in the global air freight market over the next 15-20 years.”

Christian Scherer, Airbus chief commercial officer and head of Airbus International, added: “I welcome Silk Way West Airlines as a new Airbus customer. The A350F is a game changer in efficiency and sustainability for the cargo operations of the future. We look forward to demonstrating how positively the economics and environmental signature of the A350s will stand out versus older generation aircraft.”

The airframer said the A350F has now had 31 orders and commitments from six customers to date.

Air France-KLM finalised its order for four A350F freighters with purchase rights for an additional four aircraft in April, after signing a Letter of Intent (LOI) with Airbus in December.

In December, Singapore Airlines (SIA) signed an LOI to purchase seven A350Fs, with options to order another five aircraft, while in November, CMA CGM signed up for four A350Fs.

Designed with 109 tonnes of payload capability, the A350F will feature a large maindeck cargo door and a fuselage length optimised for cargo operations.

Over 70% of the airframe is made of advanced materials resulting in a 30 tonnes lighter take-off weight, which together with efficient Rolls-Royce engines generate an advantage of at least 20% lower fuel burn and CO2 over its current closest competitor, said Airbus.

The A350F serves all cargo markets and is in the large freighter category the only new generation freighter aircraft ready for the enhanced ICAO CO₂ emissions standards.