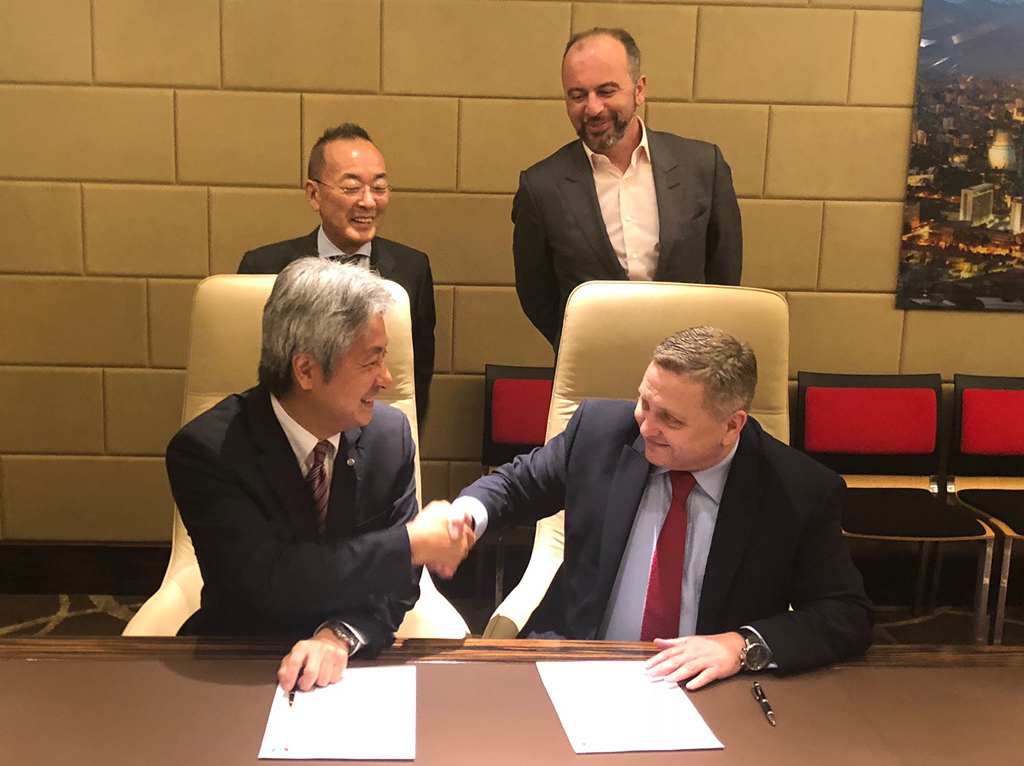 Japan’s JAL Cargo will access freighter capacity operated by Silk Way West Airlines under a co-operation agreement signed by the two carriers.
JAL Cargo, which no longer operates its own freighters, will use the Azerbaijani cargo carrier’s capacities on scheduled routes out of Europe, via its Baku hub, into Japan and outbound.
Silk Way West Airlines, which operates a fleet of ten Boeing 747 freighters, with two more set to join soon, is poised to increase its weekly connections out of Baku from three to four a week, said an airline spokesperson.
The spokesman added: “At the same time, Silk Way West Airlines will boost its weekly operation between Baku and Europe in order to offer sequenced connections to and from Japan via Baku.”
Wolfgang Meier, chief executive and president of Silk Way West Airlines said: “We are delighted and honoured to enter into this co-operation with JAL Cargo. It perfectly fits into our growth strategy we are pursuing in reference to our footprint in Japan.
“Right from the start of our Japan services more than two years ago, we have always been eager to increase our exposure. The co-operation with JAL Cargo does represent a quantum leap in our development and I am happy both carriers will benefit from this agreement.”
Hiroo Iwakoshi, executive officer cargo/mail and board member of JAL Cargo, said: “Having these kind of positive communications is pleasing JAL Cargo and we welcome very much more capacities especially with the use of Silk Way West’s Boeing 747-8F aircraft within our network.”
The JAL Cargo agreement is not the first cooperation of this type undertaken by the Azerbaijani carrier.
Silk Way West Airlines’ vice president for Asia-Pacific, Nurid Aliyev,said: “We have already been working together successfully with Malaysia Airlines Cargo after they had stopped their full freighter activities. As our global hub is perfectly located along the ancient Silk Road, our geographical position is at the crossroads between orient and occident, and Silk Way West Airlines very much favours this partnership.”
Silk Way West Airlines’ chief representative, Katsutoshi Tanaka, will lead the activities in Japan to further develop the strategic partnership. “We have high expectations to further enlarge this co-operation” added Meier.
Sign up to receive Air Cargo News direct to your inbox for free
Read more freighter operator news