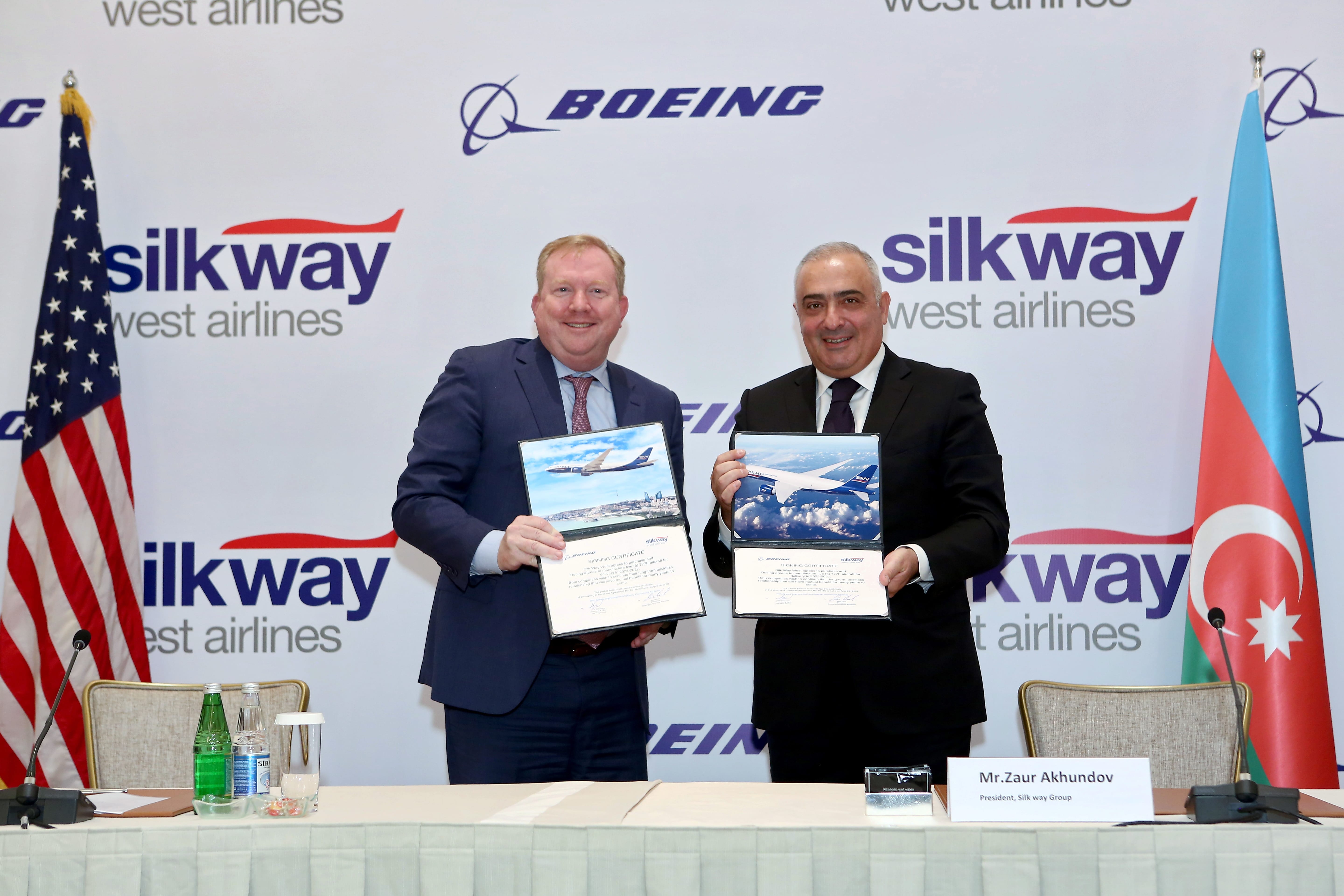 The aircraft will be delivered between 2023-2027 and, as well as being the first B777Fs in the Silk Way West fleet, they are also the first purchased in the Caspian region and Central Asia.

The carrier said that the new aircraft will enable it to increase its capacity to meet growing cargo demand around the globe.

Until now, the airline has operated with B747F aircraft. At present, it operates five B747-8Fs and seven B747-400Fs from its Baku home hub.

Zaur Akhundov, Silk Way Group president, said: “This deal is an incremental part of our fleet renewal and our commitment to meet our customers’ expectations.

“I am confident that the acquisition of new freighters will further strengthen our leading position on the global airfreight market for the next 15 to 20 years.”

“With the global airfreight market forecast to grow more than 60% over the next 20 years, this new order bolsters their ability to meet trade and e-commerce demand in CIS, Europe, Middle East, Asia and North America.”

Silk Way West Airlines is the largest cargo airline in the Caspian Sea region with the annual cargo turnover of 350,000 tons.

Rashad Nabiyev, the minister of transport, communications and high technologies of the Republic of Azerbaijan, added: “I believe this contract will help solidify Azerbaijan’s position as a regional transportation hub and a reliable airline partner in international trade and commerce.”

Based at Heydar Aliyev International Airport, the airline said it operates around 350 monthly scheduled flights to over 40 destinations worldwide.

“As the world’s most efficient and environmentally friendly freighter, the latest additions to the Silk Way West fleet will contribute to the airline’s sustainability goals, as well as being a particularly cost-effective option in terms of maintenance and operating expenses,” Boeing said.

Boeing has previously announced that it will discontinue its other widebody, long-range freighter programme – the B747-8F. This leaves the B777F as the only production freighter of that size on the market at present.