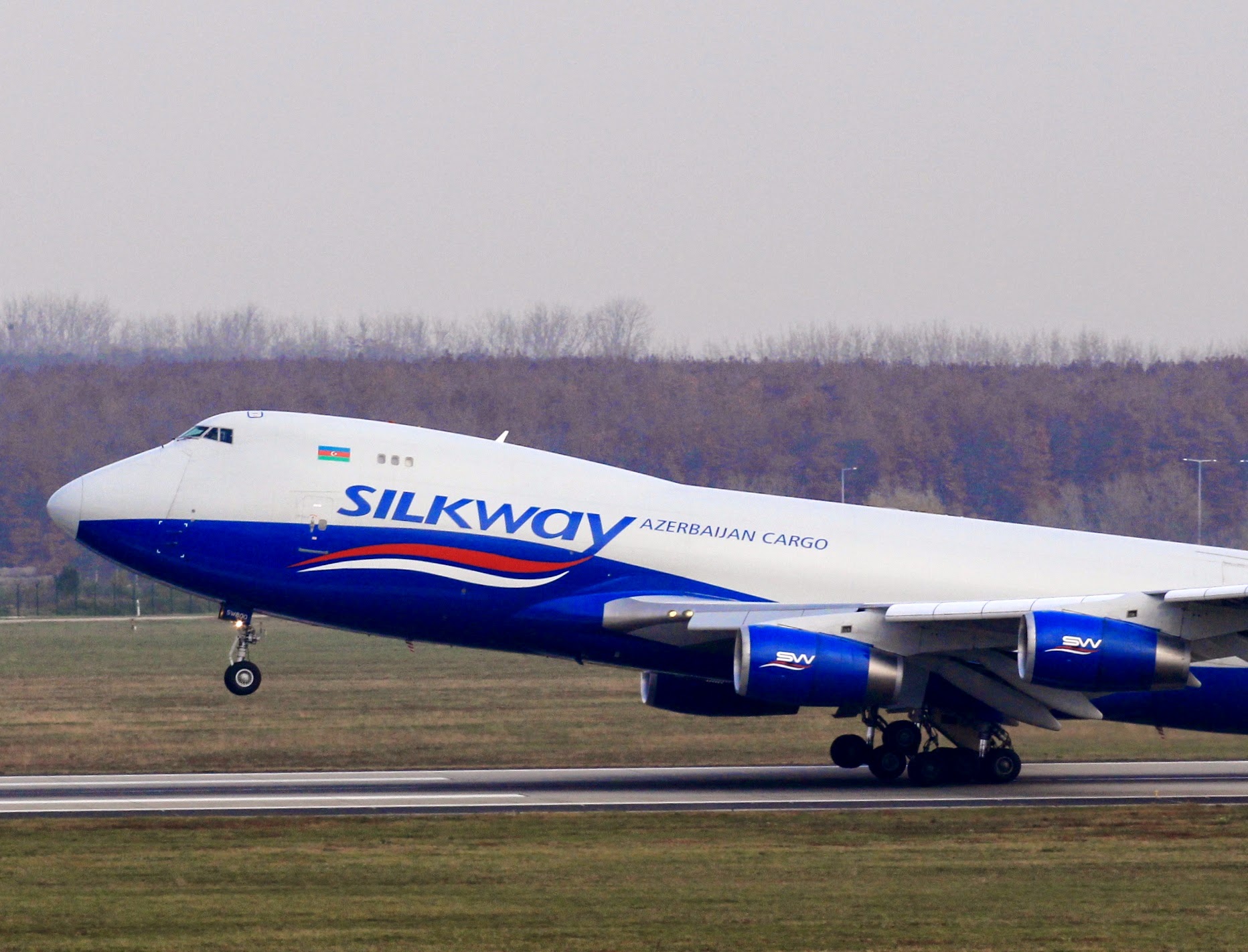 Baku-headquartered freighter operator Silk Way West Airlines has launched a new regular Boeing 747F  link between Belgium’s Liege Airport and its cargo hub in the capital of Azerbaijan.
Twice-weekly flights into Liege were launched at the end of April.
Silk Way West Airlines president and chief executive Wolfgang Meier commented: “The aim is to further knit our European network by adding more destinations and maintaining a denser schedule in order to offer our customers the highest flexibility.”
In March, Silk Way West re-introduced scheduled B747-8 freighter services into Budapest, returning to the Hungarian capital after an absence of nearly two years.
The first flight landed at Liszt Ferenc International Airport on March 18, and the carrier now connects Budapest twice a week with Baku.
Alongside these network additions, Silk Way West Airlines is also growing its fleet.
It is in the process of introducing two more B747-400Fs to its operating fleet. The first of the two freighters joined Silk Way West Airlines last week, and the second one is to join the carrier in June.
The carrier operates a global network encompassing more than 45 destinations, connecting Baku with China, Central Asia, the Middle East, Europe, Africa and North America.
An interview with Wolfgang Meier will appear in the Freighters World supplement to June’s Air Cargo News..
Read more freighter operator news