Slow start to the year for production freighter orders 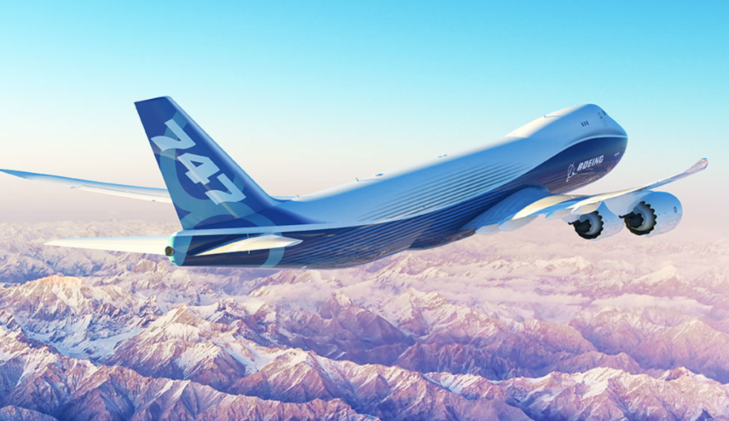 Orders of production freighter aircraft slowed in the first quarter of this year, but Boeing’s 747-8 programme did receive a boost through an order for four of the aircraft.
The latest updates from Boeing and Airbus show that during the first quarter of the year four orders were placed for B747-8 freighter aircraft from an unnamed customer, while FedEx placed an order for a single B767-300 freighter.

The total of five production freighters ordered during the quarter compares with 14 placed during the same period last year, when Korean Air ordered five B777Fs, Etihad took another two of the aircraft, Silk Way went in for three B747-8s, and Turkish Airlines opted for four Airbus 330-200Fs.
The order for the B747-8 aircraft provides a boost for the famous model, which has seen production levels cut of late based on a weak outlook for the cargo market.
Boeing Commercial Airplanes regional director, airline market analysis marketing & business development Tom Crabtree urged caution when making quarterly year-on-year comparisons on the number of aircraft ordered.
“I don’t think you can read anything into it materially in terms of order over quarter comparisons,” he said.
“Would we like more orders for all our aeroplanes? Yes. But aircraft are long life assets and the deliberations on the part of our customers can take some time.”
Taking a longer term view, there was actually an increase in freighter orders last year. In total, 75 freighter aircraft were ordered from Airbus and Boeing in 2015, compared with just 20 in 2014.
However, figures were boosted by FedEx’s one-off fleet renewal programme. In the total, the express operator ordered 49 aircraft, including 46 B767-300Fs.
While the FedEx deal gave the newbuild freighter market a boost last year, 2015 would still have exceeded 2014 levels by five aeroplanes if the B767s were stripped out of figures.
But Crabtree admitted that freighter orders, looked at over a longer term perspective were subdued at the moment, a reflection of the wider market.
He said that while global GDP figures were improving, this didn’t necessarily reflect air cargo market conditions.
He pointed out that while global GDP grew by 3.1% last year – although that varies from region to region − the air cargo industry experienced an increase of around 2%.
This was down to certain subcomponents of GDP affecting air cargo demand.
“Long-term air cargo growth up until 2016 was measured at around 6%, and over the last decade growth has been subdued at around 2-2.5% growth,” he said.
“Over the last six to seven years we have only had two years of growth in excess of 5% or better and that was 2014 and 2010.
“I don’t think people understand how weak the world economy is when it comes to manufacturing, industrial production and trade.”
Crabtree added that the conversion market should also be taken into account.
Earlier this year the manufacturer launched a new conversion programme for its B737-800 aircraft, which can carry almost 24 tonnes of cargo, primarily for the transport of express cargo on short-haul, domestic routes.
Boeing has already received 30 orders and 25 commitments for the new passenger-to-freighter conversions (P2F) from seven customers: Hangzhou-based YTO Airlines (with orders for 10 aircraft), Beijing-based China Postal Airlines (10 orders), GE Capital Aviation (GECAS, with five orders), Shenzhen-based SF Airlines and Sofia-based Cargo Air as well as two other customers whose details Boeing hasn’t released.
“The lower capital cost [of a converted freighter] is defiantly attractive feature for that size category,” Crabtree said.
“The reason being because in express hub and spoke networks you don’t tend to see a particularly high utilisation.
“For example, a B737-800 can easily do around eight to nine hours a day for passenger transport, whereas in the express freighter sector a similar size aeroplane will be used for around four hours a day.
“With that much less utilisation, you need to have a low capital cost asset.”
Looking ahead, Crabtree was optimistic for the future.
“This weak economy has not helped the freight transportation industry in any sector.
“This can’t last for ever. The world economy is expected to improve as 2016 marches on, 2017 is, according to most economists, looking a lot better than 2016, particularly in the developed world.”
He added that Boeing continued to believe that freighters would account for at least 50% of total air cargo volumes, as the case has been historically.
Boeing has forecast that world air cargo traffic will increase by an average of 4.7% per year until 2033 while the number of freighters is expected to increase by more than half from the current 1,690 to 2,730 aircraft.
Of the 2,170 projected freighter deliveries, 1,130 will replace retiring airplanes, with the remainder expanding the fleet to meet projected traffic growth.