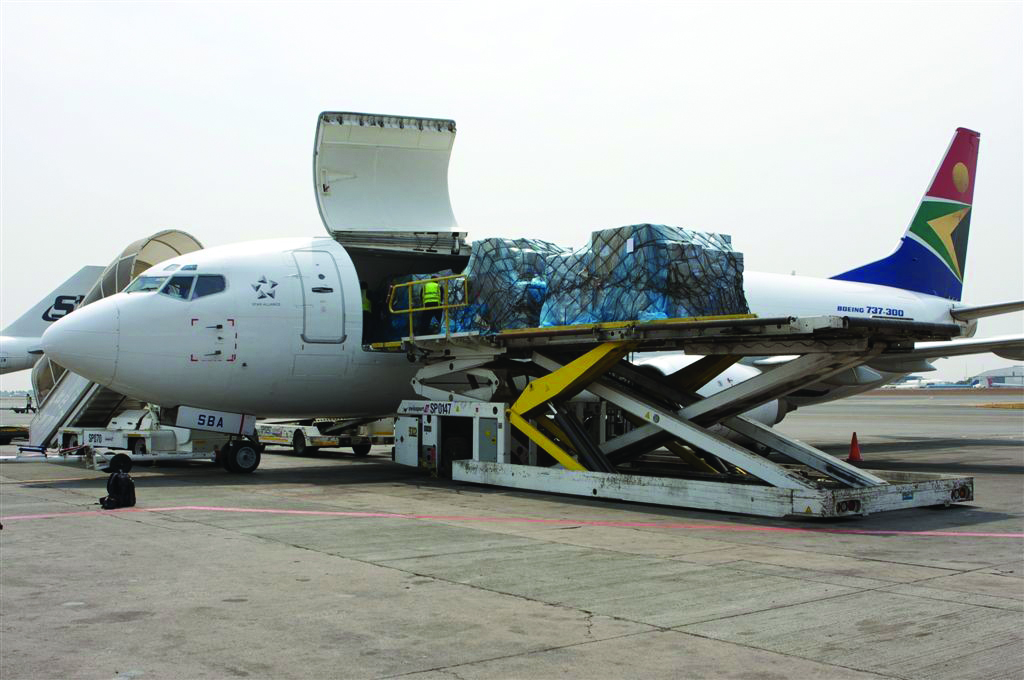 South African Airways Cargo (SAA Cargo) has temporarily suspended its Boeing 737-300 freighter aircraft services while it undertakes maintenance to be in compliance with regulatory flying requirements.
A spokesperson for the African carrier said: “We are awaiting software from suppliers to update the Traffic Collision Avoidance Systems on specific aircraft to make them fully compliant.”
The spokesperson explained that SAA Cargo’s three B737-300 freighters have all been affected by the airline’s decision. All of SAA’s passenger fleet is fully compliant and passenger services are operating as per normal.
The spokesperson continued: “We applied for exemption with the regulator, the South African Civil Aviation Authority (SACAA), for the non-compliant aircraft. SACAA allowed us to operate pending the review of our documentation. The regulator [then] rejected the application for exemption.
“SAA opted to ground its non-compliant aircraft, resubmitted an enhanced application, and now awaits an outcome in the next few days.”
The airline has taken steps to ensure that its three freighters are equipped with the required updates to bring the aircraft to the required operating standards, it confirmed.
“SAA will continue to co-operate with the Civil Aviation Authority, leading to the resolution of this compliance issue and to ensure that the airline is able to resume its cargo services as soon as possible.
“We informed our customers immediately after it became clear that we would have to suspend our cargo operations and made alternative arrangements to move the cargo.
“The airline apologises for any inconvenience caused to customers and freight handlers,” SAA Cargo concluded.