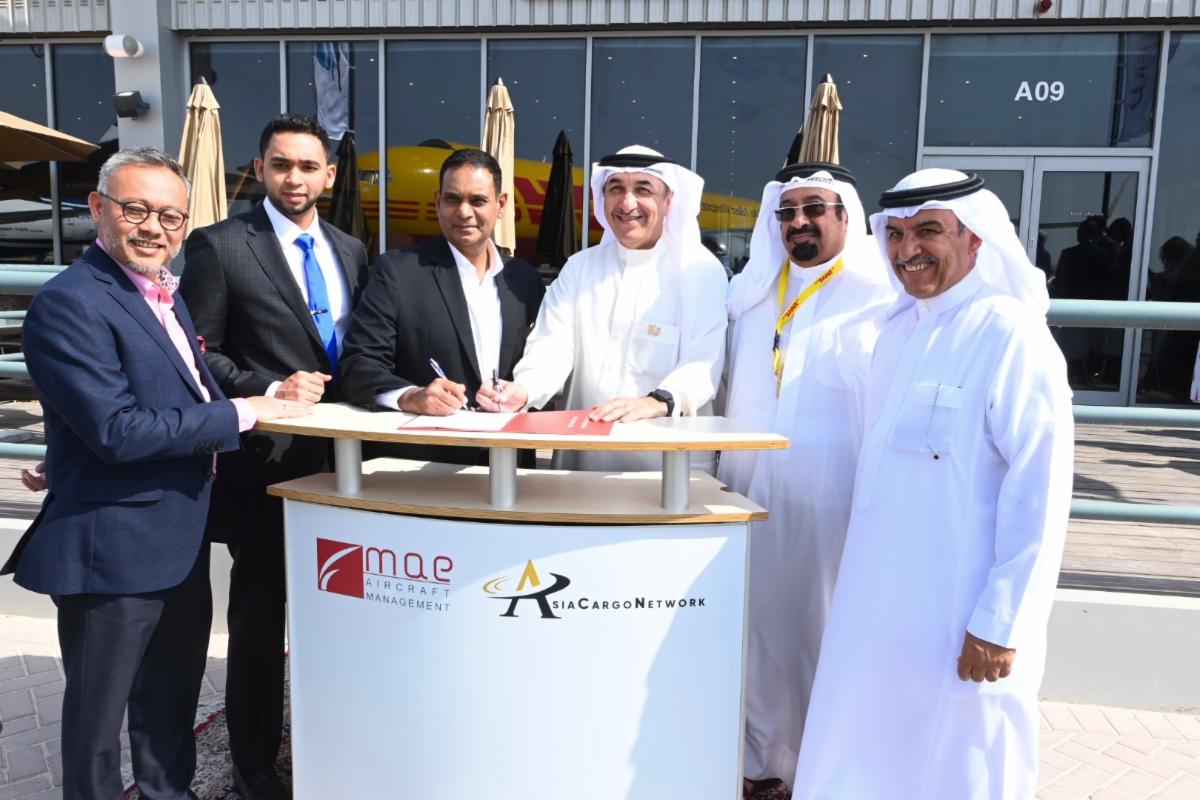 Under the agreement, ACN will base six of its freighters in Bahrain and the Gulf Cooperation Council (GCC).

The deployment will be over the next 18 months, with the first aircraft to include a B737-800F and B767-300F, due to arrive within the next two months, and to begin operations immediately.

The agreement, which sees ACN become a major investor in MAE Aircraft Management with a 49% stake, was signed at the Bahrain International Airshow by Dr. Mohammed Juman, founder and managing director of MEA holding company MENA Aerospace, and Marco Isaak, founder and group CEO of Asia Cargo Network Group.

Dr. Juman said: “As part of our growth plan, over the past couple of years we looked at and analysed the regional markets to see where the growth is and where the gates are to the global markets.

“The growth and potential we saw is mainly in the GCC area, Africa and Southeast Asia. Our thought process was to try to link and serve these markets.

“ACN as the leading freight cargo operator in Southeast Asia was identified as the perfect partner for MAE to expand our services in these markets. We are certain that this partnership will prove fruitful to both companies and the markets that we serve.”

ACN’s Group CEO Marco Isaak said: “We’re incredibly proud of this historic milestone for Asia Cargo Network as we expand our operations into the MENA region. Our partnership with MAE is a testament to our commitment to excellence, and we look forward to cementing our reputation as a strong global player in the industry.”

The partnership operations will be under the MENA Cargo brand, the freight cargo subsidiary of MAE. The operations will be fully managed by ACN moving forward as it holds an AOC in Bahrain which allows for the expansion of routes to the MENA region.

ACN will provide all the necessary support for the operational and strategic growth of the airline.

MENA Cargo was established in 2020 and was awarded an Air Operator’s Certificate (AOC) by Bahrain’s Ministry of Transportation and Telecommunications Civil Aviation Affairs (CAA) department in 2021.

It provides scheduled as well as charter air cargo services across underserved markets in the Middle East, South Asia and Africa.