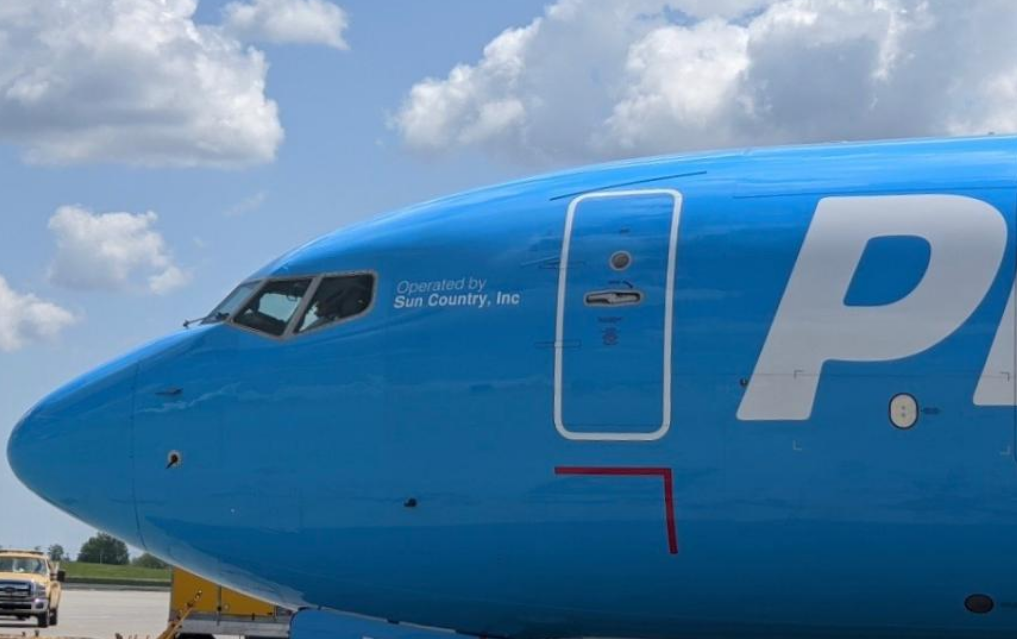 In a tweet published last week, Amazon welcomed Sun Country inaugural flight between Florida and Kentucky on May 7.

In total, the Minnesota-based, ultra-low cost carrier will sublease and operate 10 Boeing 737-800 cargo aircraft from Amazon — a deal that the carrier said will represent up to 20% of the airline’s business when it was first announced in December.

Other operators to fly aircraft on behalf of Amazon are Atlas Air and ATSG, along with their subsidiaries.

The launch of cargo services comes at a time when passenger operations are under heavy pressure due to the coronavirus outbreak.

Meanwhile, Business Insider reports that Amazon is increasingly running is own cargo handling operation at airports.

The news service said that the e-commerce company is employing gate assistants in Dallas, Los Angeles, Chicago, and Hebron, Kentucky.

ATSG said that this resulted in a decline in its ‘other activities’ segment pre-tax earnings last year.