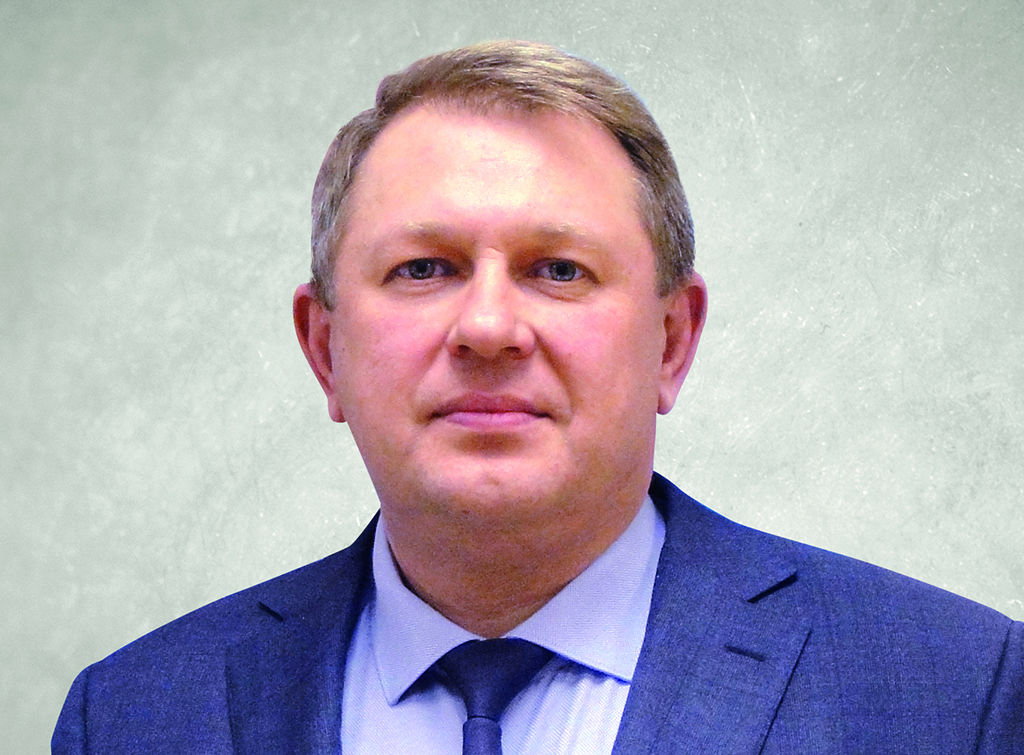 While there is nothing remarkable about the aircraft in use, nor the route it flew, the service is notable for the fact that it was the first ever flight conducted by AirBridgeCargo (ABC).

The aircraft was captained by Vladimir Grebennikov, and the current general director of ABC, Sergey Lazarev, tells Air Cargo News that the airline had role-played the flight in order to be prepared for any hurdles.

“The flight was operated smoothly and continued its further operations to Russia and Europe,” Lazarev says.

Volga-Dnepr’s management team first decided to launch a scheduled airline in 2002 and created a team of around 10 people, including “the best minds within the group” and from around the industry, to make their ambition a reality over the next two years.

Skyrocket push
The fact it is part of the Volga-Dnepr Group gave ABC a “skyrocket push”, says Lazarev, as the carrier could benefit from its expertise. ABC was also able to offer its customers the charter services of Volga-Dnepr, creating a “one-stop-shop service”.

Lazarev, who joined in 2013 as operations director, explains why Volga-Dnepr decided to launch the airline in the first place.

“ABC was launched as an ambitious project within Volga-Dnepr Group to set up scheduled flights and accommodate emerging volumes between Europe and Asia via Russia,” he says.

“The main idea was to include Russia in the world’s logistics [chains], focusing on its advantageous geographical location, economic growth and the interest of businesses in scheduled cargo operations.

“The cargo industry was at its nascent stage and we were basically among the first movers in this sector in Russia, learning from our own mistakes, shaping the team of logistics experts and adapting best practice.”

Customer support
Lazarev admits that the airline has had its ups and downs since it was launched, but with the support of its customers it has managed to overcome these challenges.
Following the maiden flight, the airline obtained its own AOC in 2006, which allowed ABC to begin achieving its ambitious growth plans by building its own fleet of B747-400Fs, the first tranche of which arrived between 2007 and 2009.

In 2009 the company began to gain recognition for its efforts, winning a Wings of Russia award for its domestic and international cargo services. Then, in 2010, it scooped the Best Cargo Performer award from Fraport Cargo Services after it increased its freight volumes through Frankfurt by nearly 50%.

In 2011, ABC entered the US market, becoming the first Russian carrier to operate scheduled services between the two countries.

“Starting with Chicago, we have gradually been enlarging the number of our online stations and we now serve six US stations with around 40 weekly frequencies,” says Lazarev.

In 2012, ABC deployed its first B747-8F and began to develop bespoke services for the transportation of specific cargo types.

Lazarev says the biggest changes the airline has noticed over the past 15 years are demand becoming more volatile and an improvement in the service levels airlines are able to offer to their customers.

“In the past there was a strong and logical cause-and-effect forecasting process and demand was more predictable. Now, with the instant flow of information and decision-taking based on emotional experience, demand predictability is becoming low, which is challenging for air cargo carriers.

“Secondly, the level of quality performance has gone significantly up, with supply chain stakeholders communicating at all levels to reach transparency, visibility and integrity of the whole process.

“For the past 10-15 years the industry has seen tremendous development of dedicated solutions for special cargo.

“In less than 10 years we managed to prove air cargo’s consistency for special sectors, which was bolstered by deployment of sophisticated aircraft, alignment of special internal procedures, reinforcement of airport and ground handling facilities, training of personnel and many other factors that are behind the scenes.”

The development of services tailored to specific cargo types is a topic that Lazarev returns to on several occasions. He explains that 15 years ago, the air cargo industry had not even dreamt of accommodating dedicated flows of pharmaceutical products, e-commerce shipments, fresh fruit and vegetables, and many other commodities, which now consider airfreight as a viable option.

Close co-operation
He says that these sectors require a high level of service and it is not easy for airlines to meet this without making investments and the close co-operation of all supply chain stakeholders.

“This covers all the areas – sales, operations, procurement – and each member of the ABC team must be aware of the special conditions for the transportation of dedicated cargo.

“We need to have modern equipment, both in the air and on the ground; up-to-date cargo and warehousing facilities at the airports to make sure that cargo is not disrupted during transportation; certified and experienced personnel who know all handling procedures inside out; and friendly digital solutions to give our customers extra peace of mind, with shipment data at their fingertips.

“But most importantly, in order to get the desired pharma traffic, for example, carriers need to co-operate with all supply chain stakeholders shaping the pharma corridor and make sure that all the participants comply with the high standards.”

Lazarev says he expects the movement towards specialised services to continue. “I expect we will see air carriers being more focused on special services for dedicated commodities, which are not only high-yielding but push carriers to move forward with innovation, business development, personnel training, etc.

“During the next 15 years we also expect changes in the structure of supply chains based on a shift in manufacturing locations from China to other parts of the world (Africa, India, Vietnam, etc) and, as a result, a variation in existing trade lanes.

“I’m sure that we will face a lot of challenges, but we hope that our partnerships with customers will help us to overcome them.”

Expansion plans
Looking ahead, ABC has plans to further expand its fleet. At the 2018 Farnborough Airshow, the Volga-Dnepr Group signed letters of intent to acquire five B747-8Fs, while at the 2016 show it ordered 20 of the aircraft. It is not entirely clear when the aircraft will arrive and whether they will be operated by ABC or UK-based CargoLogicAir, but many of those  still to be delivered are expected to become part of the ABC stable.

As well as fleet enlargement, Lazarev lists network expansion and the introduction of solutions to improve customers’ digital experience, transparency, visibility and the accuracy of shipment data as other areas of development over the next 15 years.

“Quality is our main priority and we are doing our best to be perceived by our customers as a carrier with high-quality services,” he says.
In the short term, the airline will focus on the development of partnerships with regional airports to support “existing catchment areas with sophisticated logistics infrastructure and guarantee a high level of service”.

One airport where this strategy is being put into action is Liège. ABC  had previously utilised Amsterdam Schiphol as one of its major European hubs, but a lack of slots at the Dutch airport expedited a move to Liège.

Volga-Dnepr recently signed a strategic partnership with the airport to “significantly increase” co-operation between the two companies.

This includes the development of a dedicated cargo area at the Belgian hub, which will be opened in two phases, with completion expected by late 2019 to mid-2020.

“The main challenge all-cargo carriers are facing right now is the congestion factor at the leading cargo gateways of the world,” says Lazarev.

“This has become obvious with Amsterdam, followed by Frankfurt, Chicago and other airports. From our viewpoint, the cargo sector should be given more of a priority by airports around the world, given the current trends for the increasing role of the air cargo sector.

“The demand for cross-border e-commerce shipments, the desire of consumers around the world to get their purchases here and now within a 24-hour timeframe, or even less, coupled with the instant exchange of information and the shrinking life cycle of products – all these factors put air cargo at the forefront as [the sector] can guarantee speed, safety, and integrity of deliveries.

“That said, airports should pay more attention towards the cargo sector, creating more favourable conditions for carriers, building infrastructure for a seamless cargo flow and attracting experienced and certified personnel for cargo handling.

“All of these actions will not only stimulate the development of the cargo sector in the region but will also create new workplaces for the local population and boost the overall economic growth of the region.

“We have been working with various airports across our network to avoid cargo disruption issues and guarantee the level of quality services our customers expect from us.”
Reliable relations

To conclude, Lazarev says the airline’s proudest achievement over the past 15 years has been building trustworthy and reliable relations with its customers, as well as the achievements of the ABC team.

“[The] ABC team has always been about people relations, with the company being able to attract charismatic, experienced and acknowledged leaders of the air cargo industry.

“Each of these high-ranking managers contributed to the development of ABC and throughout these 15 years we managed to demonstrate and achieve consistent growth, becoming one of the leading carriers in the world.

“We ‘raised’ a lot of specialists – some of them have set out on their own journeys and we are proud to see that ABC employment [demonstrates] a high level of experience, knowledge and expertise.

“Today ABC has one of the youngest international team of logistics practitioners, with an average age of 38. They are young, ambitious, strong and motivated to keep the world moving.”