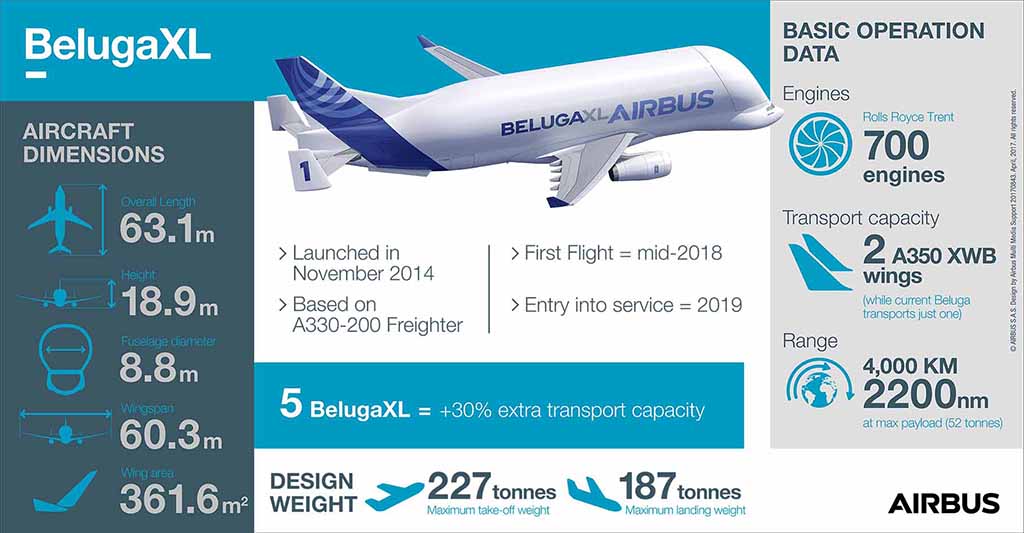 The first large sections of Airbus’ next generation new "white whale" transport aircraft, the BelugaXL, have arrived at the aircraft final assembly facility in Toulouse.

Following a five-night road convoy from Aernnova’s factory in Berantevilla, north eastern Spain, the panels (two laterals, one central) will complete the rear section of the BelugaXL.
Together with further work packages built by other partners, the sections will eventually form the first BelugaXL. The design concept of the aircraft is similar to the current Beluga with the cargo bay structure, the aircraft’s rear-end and tail being some of the sections newly developed.
The BelugaXL was launched in November 2014 to address the transport and ramp-up capacity requirements for Airbus beyond 2019.
The new oversize air transporters are based on the A330-200 freighter, with a large re-use of existing components and equipment. The first of five BelugaXLs will fly mid-2018 and enter into service in 2019. 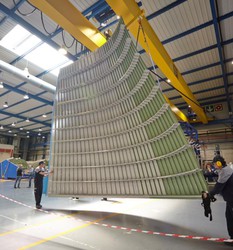 In this contributed article, Patrik Tschirch (PT), chief executive, LUG aircargo handling, provides an outlook for the year ahead. What…