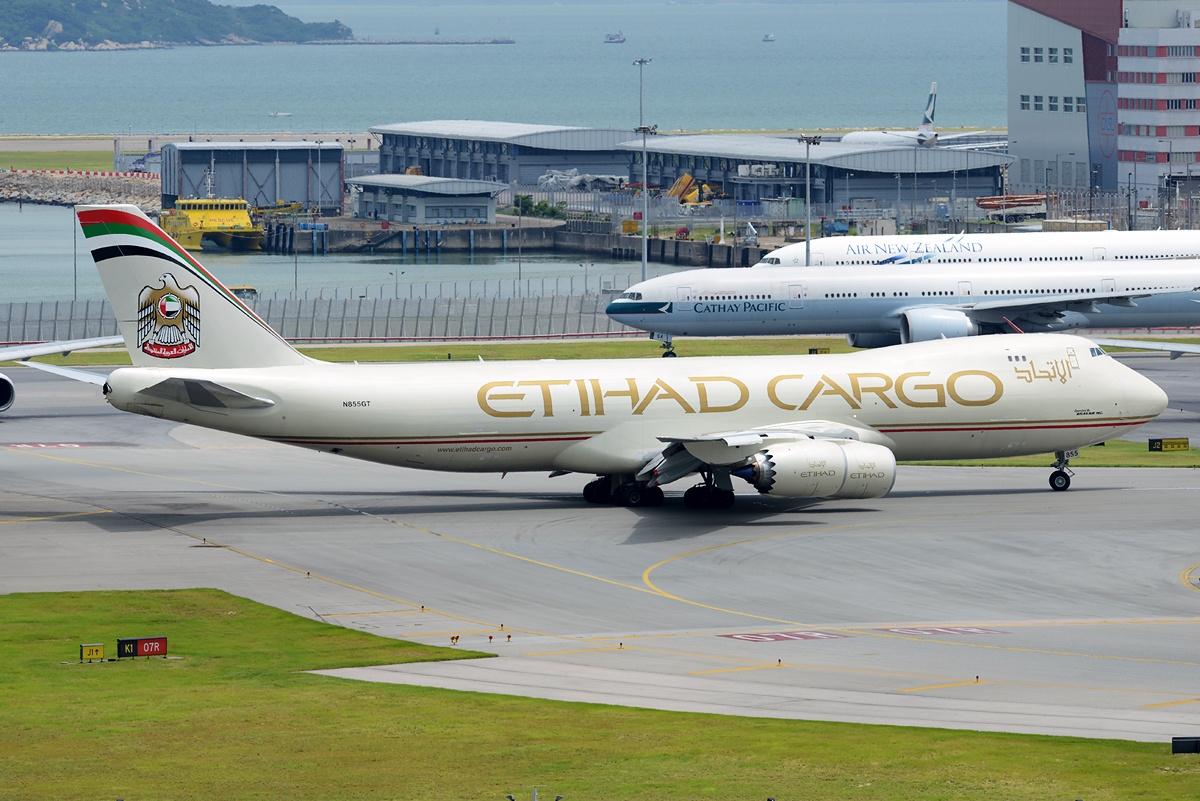 Etihad Cargo has added a third Boeing 747 freighter from Atlas Air Worldwide Holdings as part of a multi-year aircraft, crew, maintenance and insurance (ACMI) agreement.
The B747-400 freighter – with a payload capacity of 115 tonnes and a range of more than 8,000 km – joins two B747Fs operated by Atlas on behalf of the Abu Dhabi-based carrier, with lease agreements signed in May 2012 and May 2013.
James Hogan, Etihad Airways president and chief executive, said: “Etihad Cargo continues to play a vital role in the growth and profit of the airline. We reported $804m in cargo revenue during the first three quarters of 2014, and we are on track for this business to be turning over $1bn by the end of the year.”
The delivery will take Etihad Cargo’s freighter fleet to 10 aircraft, consisting four A330-200F, three Boeing B777F, and three Boeing 747F aircraft.