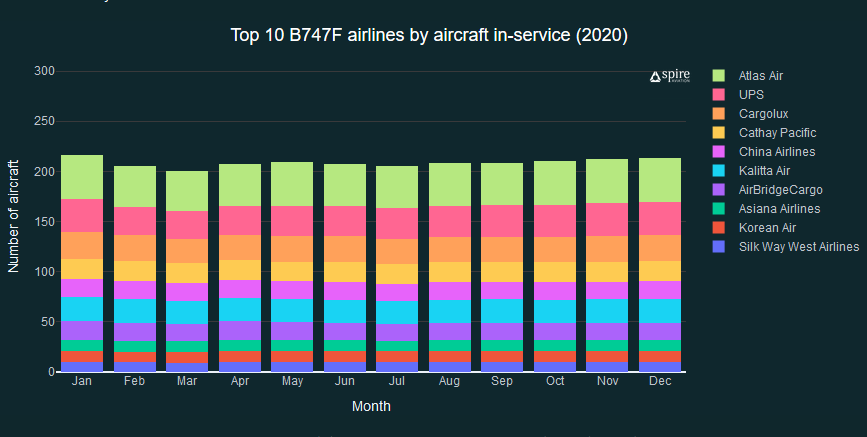 Atlas Air, UPS and Cargolux are the top three operators of Boeing 747 freighters, according to data from Spire Aviation.

The figures show that at the end of the year, Atlas was operating 44 queens of the sky, UPS had 32 and Cargolux operates 26 of the four-engine freighter.

The figures from Spire also show how the freighter kept on flying throughout last year, while other four engine aircraft were grounded due to a lack of passenger demand.

Meanwhile, the number of  A30s dropped from 234 in service at the start of the year to 64 at the end of the year.

“The B747F has a great advantage over other cargo aircraft, as the plane can load incredibly long items of freight – more than even the width of the plane,” Spire said. “Plus, the four engines and impressive lifting capacity make the cargo 747 an unmatched rival. The video shows the missions flown by B747F.”

It added: “There are more B747F aircraft in-service now, even more than pre-covid times. Meanwhile, a majority of its four-engine peers have been moved to storage or forever grounded.” 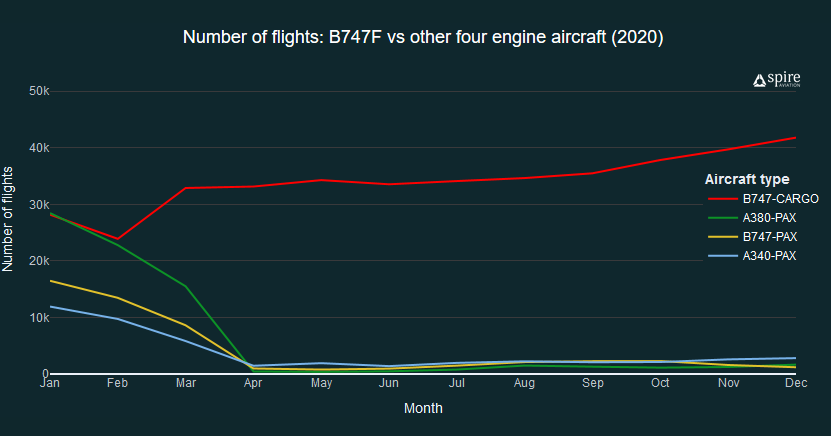