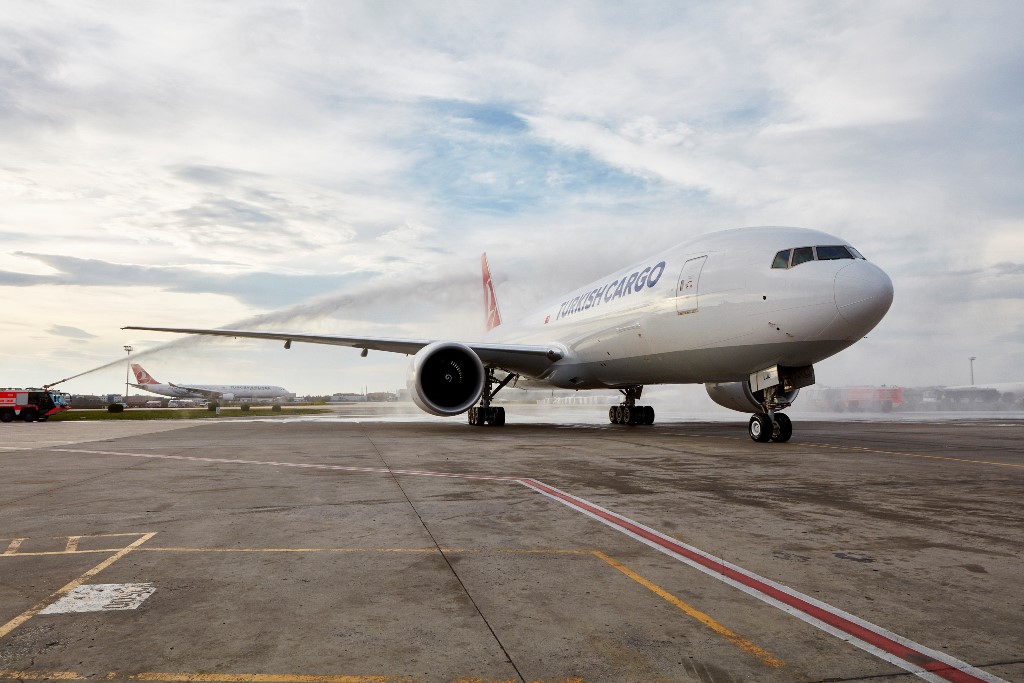 Turkish Airlines has ordered a further three Boeing 777F aircraft following delivery of its first two of the series last year.
Boeing this morning confirmed that the Istanbul-hubbed airline had placed the order, which was initially announced on the carrier’s investor relations website on December 29.
The airline said the aircraft would be delivered this year.
"These freighter orders will surely contribute to our significant target for establishing a young and efficient cargo fleet," said M. İlker Aycı, chairman of the board and the executive committee of Turkish Airlines.
"The new aircraft will be delivered this year and will provide us with additional flexibility to serve more destinations while we continue to develop our global freight service."
According to its third quarter report, prior to the delivery of the first two B777Fs, The Turkish Airlines freighter fleet stood at nine A330-200Fs on financial lease and six wet leased aircraft, although it does not reveal what these aircraft are.
A spokesperson for Turkish Airlines’ cargo division said: "As Turkish Cargo, we saw the tremendous opportunities presented by the challenges in air cargo industry. The  game has been changed significantly in recent years with the e-commerce volumes soaring and with the ever rising cargo capacity offered by international carriers.
"For us, these challenges bring along with the opportunity for the growth. We are continuously raising the bar in the sector with the introduction of our new services and with the addition of our new trade lanes via  our ever evolving infrastructure and network capabilities.
"At İstanbul,our hub, we’re uniquely placed to help our customers to do business faster and more efficiently. We have the ability to reach 1.5bn customers within an four-hour flight, consisting of 40% of world GDP."
The spokesperson continued: "The acquisition of B777Fs to our  freighter fleet  fits our vision to be among the one of top five  cargo carriers by 2023. B777Fs, with their new technology and efficiencies, will enable us to serve our customers even more effectively throughout our global operations.
"As the world’s longest- range twin-engine freighter, the two B777Fs  are the newest additions to our freighter fleet with a cargo capacity of over 100 tonnes and a main deck door that is wide enough to fit over-sized cargo.
"Because the air transport services in on the whole continuing to grow, there is a tremendous need to boost the cargo capacity in order to expand within the existing network and to satisfy the new mission requirements beyond the capability of existing fleet.
"Thus, with the new B777Fs, Turkish Cargo cannot only accomodate traffic growth arising an expanded marked or improved market share , but also can introduce ultra long haul services.
Boeing said the new B777Fs would help Turkish increase operational flexibility.
"The B777 Freighter is the largest and most capable twin-engine freighter in the world today," said Marty Bentrott, senior vice president of sales, Middle East, Turkey, Russia, Central Asia and Africa, Boeing Commercial Airplanes. "We’re pleased world-class customers like Turkish Airlines recognize the value of the 777 Freighter’s long range and large payload capability."
The B777F is the world’s longest-range twin-engine freighter and can fly just over 9,000km with a full payload of 112 tons.
"The airplane’s range capability translates into significant savings for airlines: fewer stops and associated landing fees, less congestion at transfer hubs, lower cargo handling costs and shorter cargo delivery time," Boeing added.