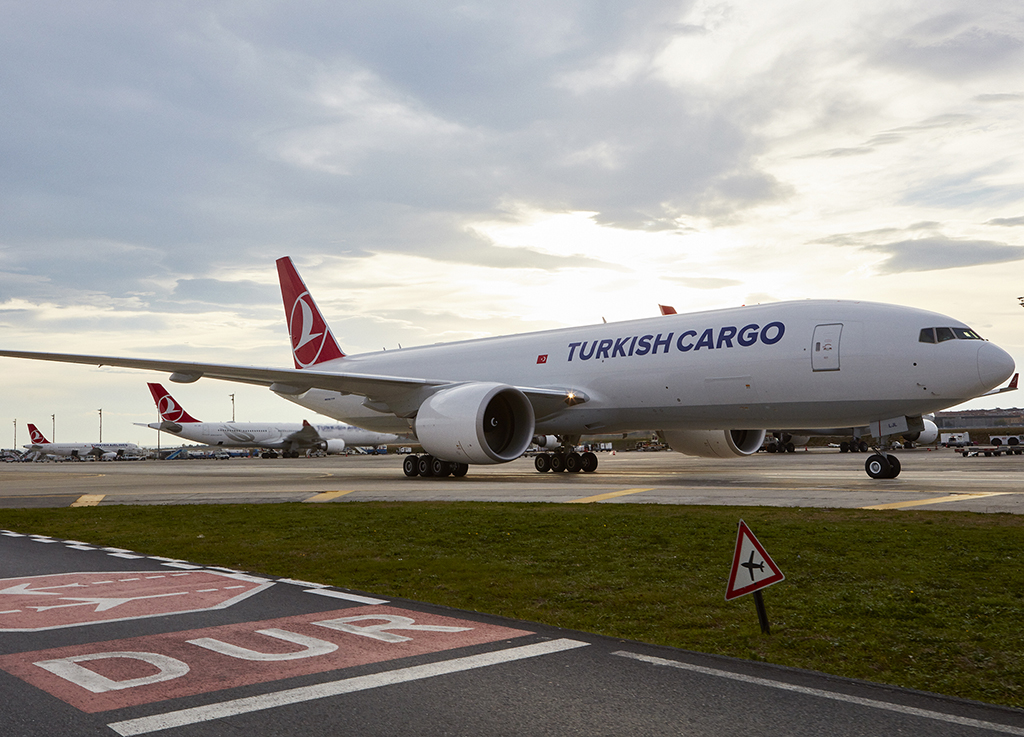 Turkish Airlines has ordered three more Boeing 777 freighters as the airline pursues its goal of becoming the world’s largest cargo carrier.
This latest trio of freighters is in addition to the three B777Fs, each with a 112 tonne capacity payload, ordered in January this year.
The new order comes days after Turkish Airlines posted record profits for the first nine months of 2018 on strong passenger and cargo demand.
The carrier’s airfreight business saw a 25% tonnage increase and a 29% revenue increase compared to the same period a year ago.
İlker Aycı, Turkish Airlines’ chairman of the board and the executive committee, said: "We are excited to expand our efficient cargo fleet with the B777 freighter. This aircraft has contributed greatly to Turkish Cargo, Turkish Airlines’ successful sub brand, becoming the fastest-growing air cargo carrier in the world.
“The additional aircraft will provide us more flexibility to serve even more destinations as we continue to grow our global freight network."
Kevin McAllister, president and chief executive officer of Boeing Commercial Airplanes, said : "Turkish Airlines has achieved significant success over the past decade.
“In addition to introducing innovations that have powered the growth of Turkey’s commercial aviation sector and anchored a new state-of-the art airport, the airline is delivering outstanding results and rising in the ranks of elite airlines.”
The new Istanbul Airport will be featured in December’s Freighters World magazine, which will be published within the next issue of Air Cargo News.