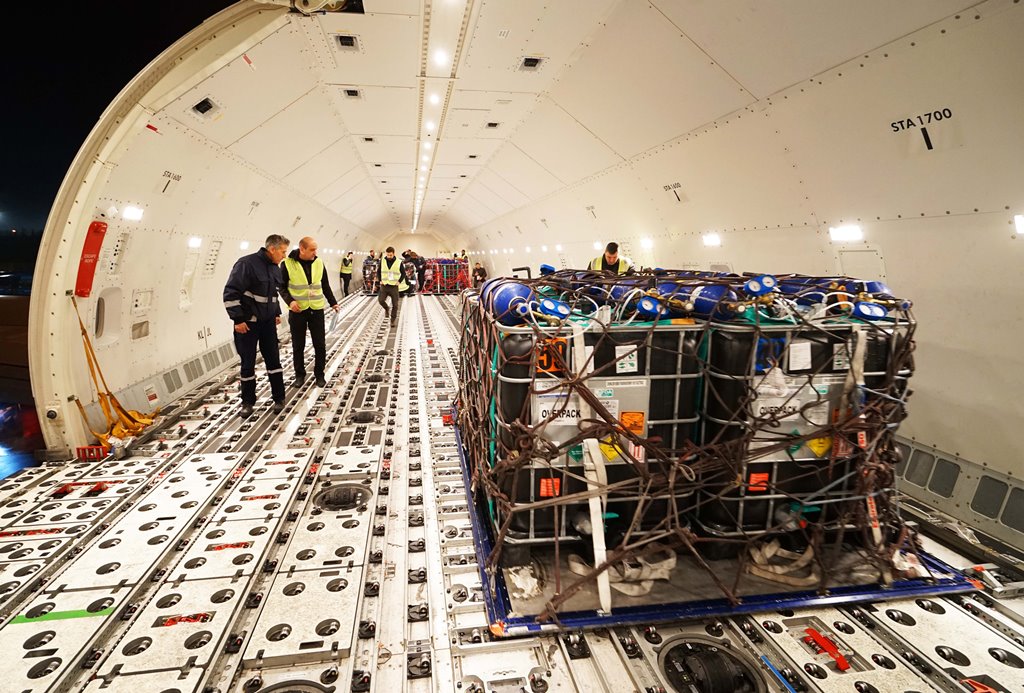 Turkish Cargo recently netted a vast transport contract – moving 1.5m live fish to Oman from Izmir.
The 1.5m baby Gilt-head breams weighed in at around 100 tonnes and were accompanied by aquaculture engineers who checked the pH balance, oxygen and water temperature levels of the fish every hour.
The transport was carried out on a charter basis utilising one of the airline’s Boeing 777 freighters and the whole operation needed to be completed in 40 hours.
Turkish Airlines chief cargo officer Turhan Ozen said: “They were first taken to trucks and carried to Izmir in three hours upon completion of the initial preparations, and then, they were loaded in our freighter equipped with special techniques by our cargo handling officers.
“They were carried to Oman from Izmir in three hours, so, we were able to carry them within 24 hours in total.
“Carrying 1.5m live fish by means of a freighter requires accurate air-conditioning, and expertise in oxygen and temperature checks.
“Furthermore, this carriage operation fell under the status of transportation of dangerous goods due to the oxygen cylinders utilised.”
Read more animal transport news