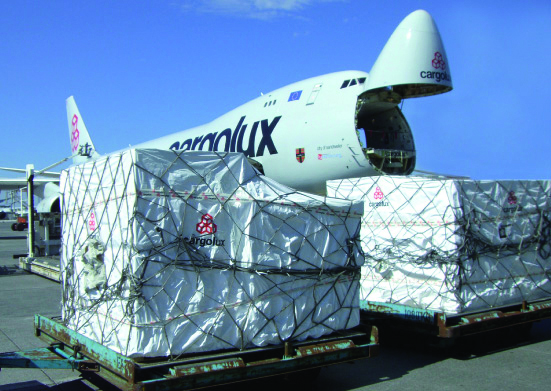 The Luxembourg Confederation of Christian Trade Unions (LCGB) has called for a written assurance that Cargolux will not press ahead with a controversial outsourcing plan as the Luxembourg freighter operator seeks to return to profit.
The demand came as the LCGB and the OGBL union continued their negotiations on a new collective work agreement.
While Cargolux management is taking encouragement from the fact that negotiations, which had been stalled for several weeks, are underway again, plans to set up a low-cost Cargolux Italia arm are proving controversial.
The carrier wants to transfer a further two freighters from Luxembourg to Italy – bringing the total to four – but these plans are being resisted by the unions in Luxembourg, who have threatened to walk out of the talks unless their demands are met.
The unions have agreed only to the temporary transfer of one plane to the Cargolux Italia operation in Milan.
The unions are unhappy at what they see as inferior terms and conditions compared with the parent company, including a 236 duty day year for pilots, compared with only 186 in Luxembourg. Cargolux’s management is pressing for duty days to be increased to 200 in Luxembourg.
In a statement, Cargolux said: “Pilot representatives unfortunately indicated no willingness to move forward on this demand and still show a strong resistance without a reasonable counter offer. The number of 200 crew duty days is still lower than the industry average; as a comparison, Cargolux Italia crews work 236 days per year.”
A spokesman later added: “At the meeting last week between the management and the unions, the Cargolux management showed its willingness to cap the disputed growth of Cargolux Italia to four aircraft which was welcomed by the union representatives.”
The statement added: “Cargolux management is committed to a sustainable development in Luxembourg and it has stressed that the preservation of the jobs in Luxembourg is one of its priorities.
“Cargolux is a strong pillar for the Luxembourg economy, the company not only employs over 1,000 people directly but also generates jobs at suppliers and vendors in Luxembourg. Luxembourg is a major logistics hub in Europe, one that Cargolux is strongly committed to.”