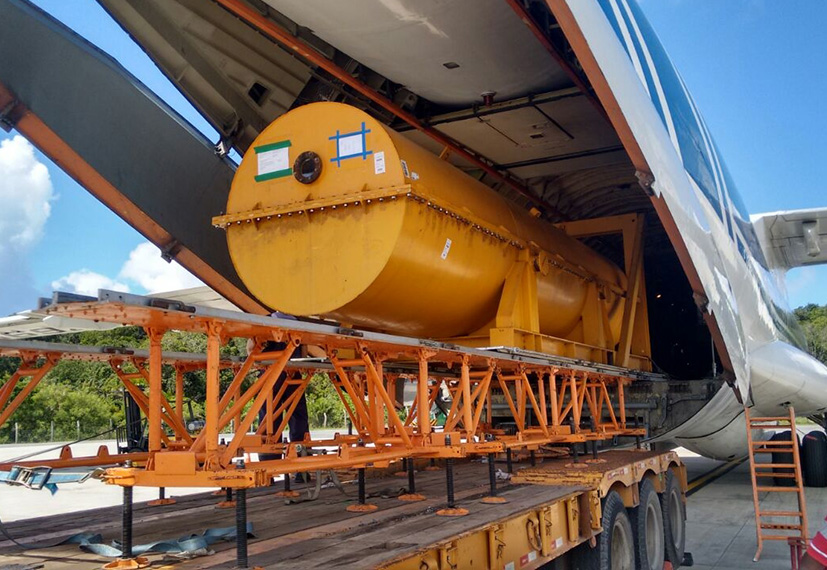 Chapman Freeborn Airchartering and Volga-Dnepr Airlines have delivered a time-critical outsize part for the oil industry in Brazil, flying a 28-ton rotor from Zurich to Salvador on an IL-76TD-90VD freighter.
With the plant facing closure until the replacement part could be delivered, specialists at Chapman Freeborn’s São Paulo office coordinated the operation which required special exemptions to allow for customs clearance during the weekend.
Assisted by Chapman Freeborn colleagues in Europe and Volga-Dnepr’s loadmasters, the outsize equipment was loaded into the aircraft using a 100-ton crane hired in for the project.
The aircraft was chartered by Chapman Freeborn on behalf of an oil and gas industry client.
Maria Faria, country manager at Chapman Freeborn Brazil, said: “Our charter team was working on an extremely tight timescale and we’re delighted to have successfully executed the operation for our client. I would also like to thank Volga-Dnepr for its support in making the timely delivery possible.”
Alexander Kartashov, key account executive, Volga-Dnepr Airlines, said: "As the ad-hoc transportation expert Volga-Dnepr provided the tailored solution to satisfy the customer’s needs, we promptly made flight arrangements, performed single-piece cargo loading and unloading using our specially designed in-house tooling.”