VIDEO: Emirates the latest to swap seats for cargo 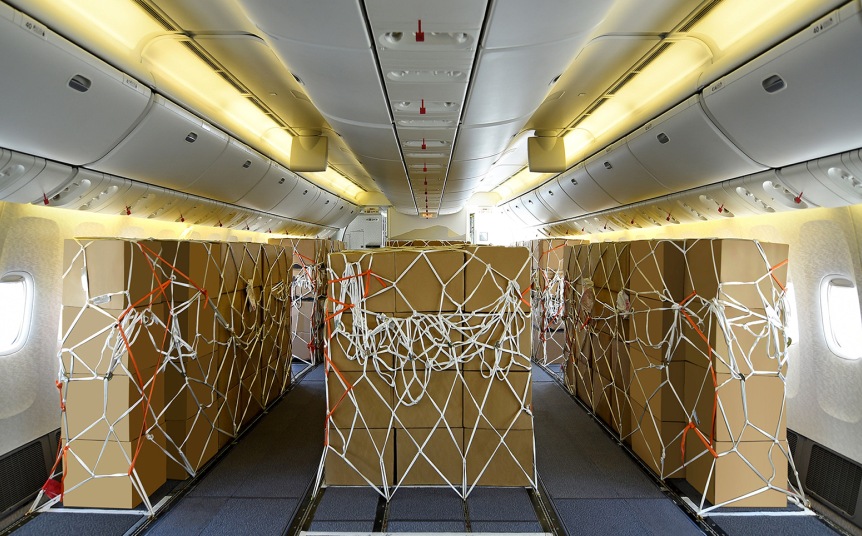 Emirates is the latest airline to remove seats from its aircraft in order to increase cargo carrying capacity.

The Dubai-based carrier said that it would remove the economy seats from 10 Boeing 777-300ER aircraft, allowing for up to 17 tonnes or 132 cu m of additional cargo capacity per flight on top of the 40-50 tonne cargo capacity in the belly hold of the widebody passenger aircraft.

The modification of the Economy Class cabins of the 10 Emirates Boeing 777-300ER is being executed at the Emirates Engineering facilities in Dubai with each aircraft requiring close to 640 hours of work for the modification.

Seven aircraft have already been modified by the Emirates Engineering team, with three more aircraft due to be ready by mid-July 2020.

Nabil Sultan, Emirates divisional senior vice president, cargo, said: “Since the start of the Covid-19 pandemic, Emirates SkyCargo has taken very seriously its responsibility of connecting people and businesses across the world with the commodities that they urgently require.

“To this end, we have been working flat out, first to re-connect a global network of more than 85 destinations and then to introduce capacity options that fit what our customers demand from us including passenger aircraft flying only with belly hold cargo and loading cargo in the overhead bins and on passenger seats.

“Now, with the Emirates Boeing 777-300ER aircraft with modified Economy Class cabins, we will be able to transport even more cargo per flight, allowing for more cargo to reach their destination faster and for more efficient cargo operations.”

The modified Boeing 777-300ER aircraft are being deployed on routes to key production and consumer markets where Emirates SkyCargo sees maximum demand for movement of urgently required goods.

By the end of the project, the Emirates Engineering team would have removed 3,050 seats, which will be “safely and hygienically stored away till the time the aircraft are required for passenger services”.

Several other airlines have also removed seats from their aircraft as they meet a capacity shortage caused by the loss of bellyhold cargo capacity.