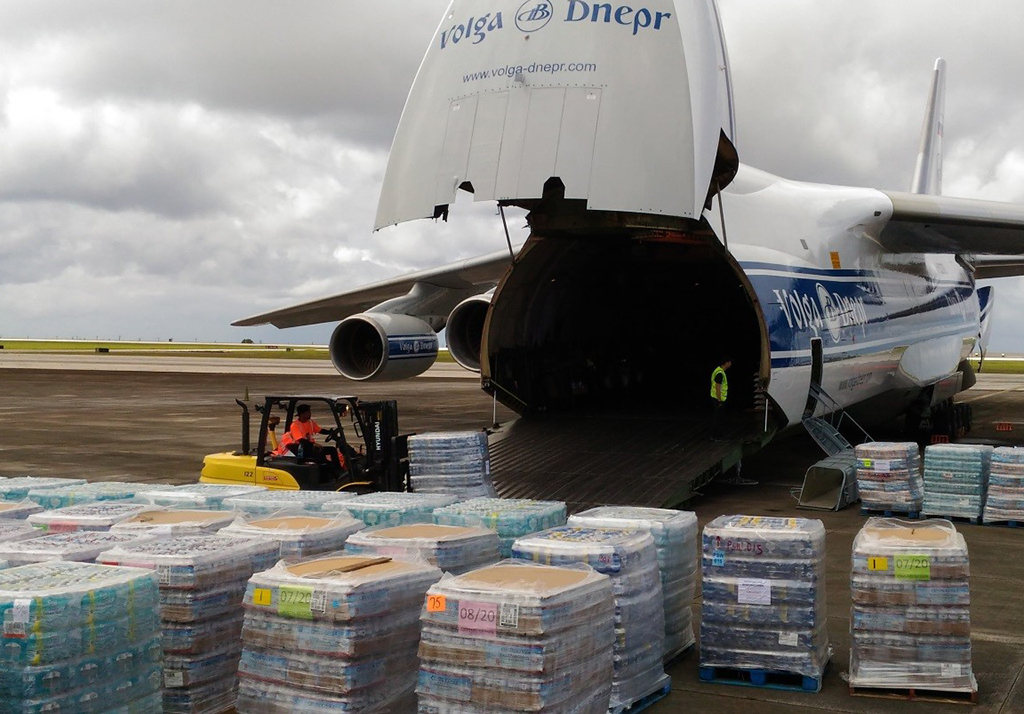 Volga-Dnepr Airlines organised a delivery of aid relief cargo to Guam in less than 24 hours, providing 64 tons of food supplies and bottled water to help victims of Typhoon Mangkhut.
Within eight and-a-half hours of the customer’s confirmation, Volga-Dnepr Airlines had positioned one of its An-124-100 freighters at San Francisco airport.
The expedited loading process was completed in three hours, ensuring that the giant freighter was ready to depart for Guam as soon as the storm had passed the island.
Since the 1990s, Volga-Dnepr Airlines has performed almost 1,200 humanitarian and relief flights delivering more than 75,000 tons of cargo, from heavy machinery and helicopters for rescue operations to mobile hospitals and temperature-sensitive goods such as food supplies and pharmaceuticals.
Volga Dnepr’s fleet of 12 An-124-100 freighters provides both nose and rear ramp loading capabilities as well as onboard cranes and winches. Five modernised IL-76TD-90VD are equipped with expanding rear ramp, hoists and winches.
Both types of aircraft are self-sufficient in remote locations or where local infrastructure has been damaged.
Typhoon Mangkhut, which struck the island of Guam on September 10, is the strongest tropical cyclone to be recorded worldwide in 2018 to date, with winds reaching a maximum registered speed of 285 km/h.
It impacted areas including the Mariana Islands, Philippines, Taiwan, South China and Vietnam.