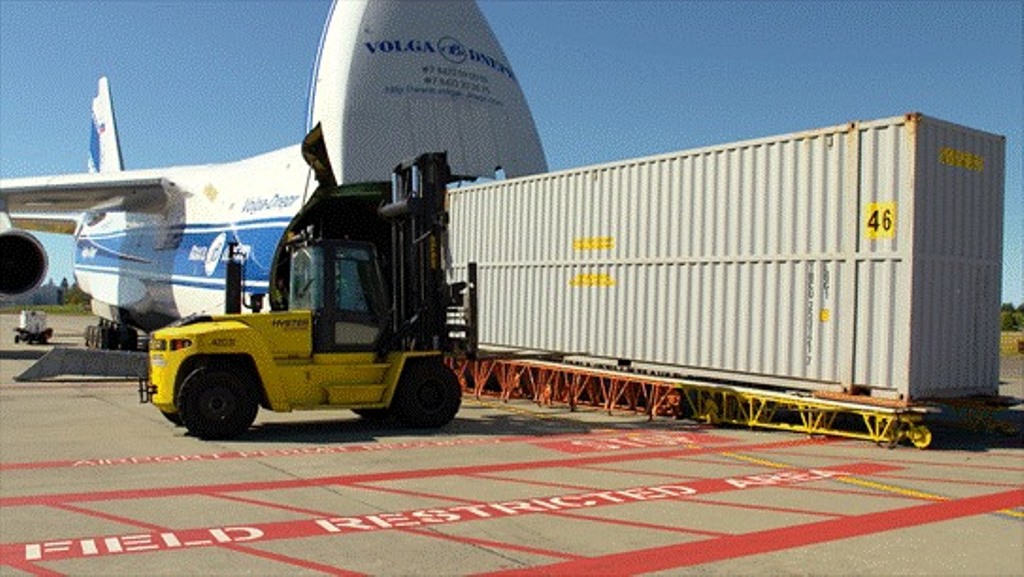 Volga-Dnepr has transported an oversized aircraft component using one of its An-124-100 aircraft as part of its logistics support agreement with Boeing.
The oversized component, measuring 552x96x156 inches, was transported inside a modified ocean container to ensure its secured and timely delivery from the production plant in Japan to Paine Field Airport, which is close to the Boeing factory in Everett.
To expedite the handling process, the container was loaded onboard the An-124 freighter using Volga-Dnepr’s specially-developed loading ramps.
In July, Boeing and Volga-Dnepr Group signed a new agreement to provide long-term logistics support for Boeing Commercial Airplanes and its partners using Boeing 747-8F and Antonov 124-100 freighters.
In addition, Volga-Dnepr Group confirmed its order for the acquisition of 20 B747-8 Freighters.