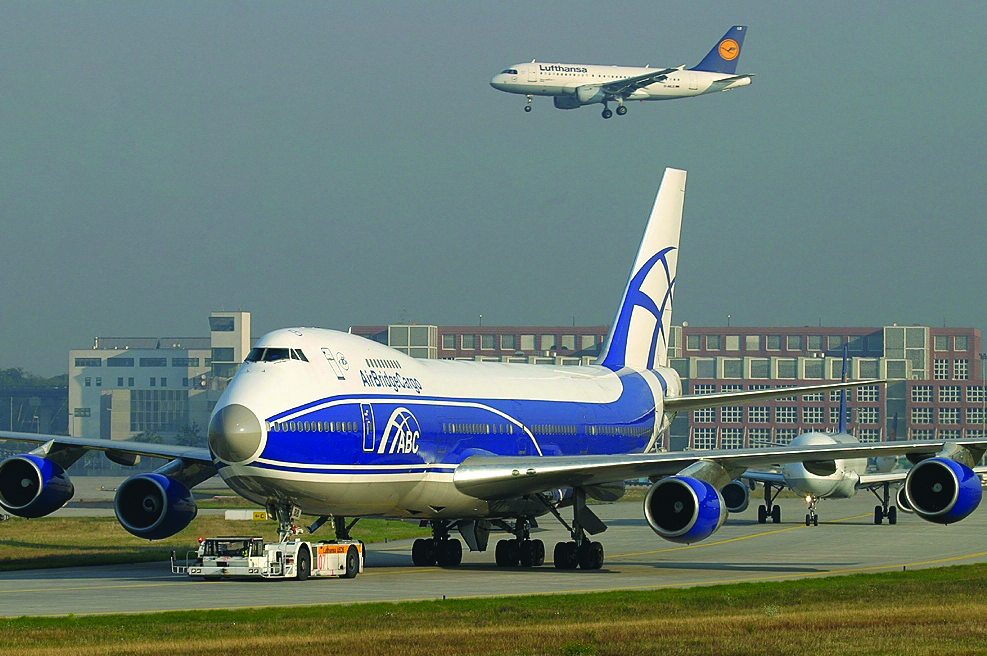 Volga-Dnepr has signed a memorandum of understanding with Boeing to further its fleet expansion with 20 additional B747-8 freighters, with a list price value worth $7.4bn.
The additional 20 airplanes will be acquired through a mix of direct purchases and leasing over the next seven years, the companies said in a joint statement.
For Russia’s Volga Dnepr Group, adding more 747-8Fs will allow development of its scheduled freighter business, AirBridgeCargo Airlines (ABC), and keep the airline’s high growth rates. ABC saw tonnage up 16% in the first five months of 2015, carrying 180,605 tonnes across its global route network
Volga-Dnepr Group was the first to order the Boeing 747-8 Freighter in Russia and took delivery of its first 747-8F in 2012.
The agreement, announced at the Paris Air Show, also adds Volga-Dnepr’s An-124-100 aircraft to the long-term logistics support for Boeing and its partners.
The Russian group has already supported Boeing in a number of shipments. The technical abilities of the An124-100, along with Volga-Dnepr’s 25 years of global operations and experience gained in transportation of aviation equipment, will further serve Boeing’s logistics needs.
“Together with Boeing, we will keep the unique technology of air logistics offering both the Antonov-124-100 and our expanded Boeing 747 fleet for the benefits of global customers," said Alexey Isaikin, president, Volga-Dnepr Group.
“Our partnership with Volga-Dnepr Group is one of a kind,” said Boeing Commercial Airplanes president and chief executive Ray Conner. “Volga-Dnepr Group is a world-class cargo carrier and an outstanding service provider. We appreciate their confidence in the 747-8 Freighter.”