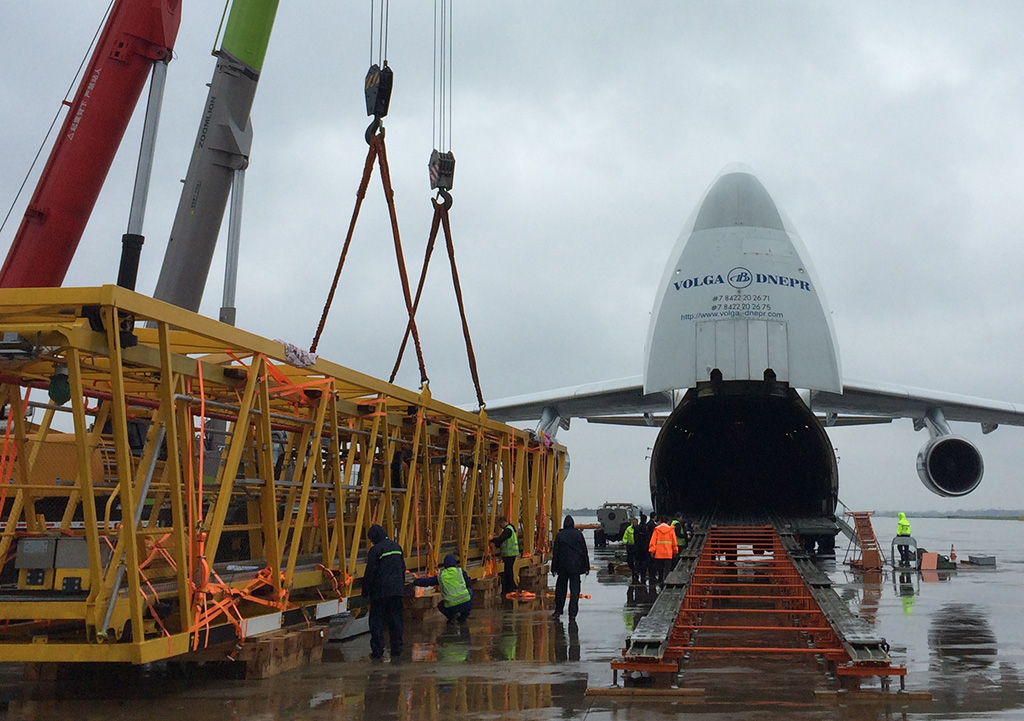 Moscow-headquartered Volga-Dnepr Airlines has flown a 35 metre long telescopic crane bridge from Nanjing in China to Rio de Janeiro in Brazil.
The outsize cargo, which weighed approximately 40 tonnes, was flown on one of the cargo charter specialist’s AN-124-100 freighters.
A special ramp loading system designed and manufactured by engineers at Volga-Dnepr was used for the first time to load a commercial cargo. Based on the success of this flight, the airline said that it has already identified other potential applications for the system, such as facilitating the loading of very long aerospace shipments.
In the wake of this transport, Volga-Dnepr’s engineers have updated the operations manual for the loading equipment to include data relating to the time taken to assemble and break down the gear.
Cargo charter carrier Volga-Dnepr Airlines and scheduled freighter service operator AirBridgeCargo Airlines (ABC) together make up the flying wings of Russia’s Volga-Dnepr Group.